Ban solitary confinement of children in the USA 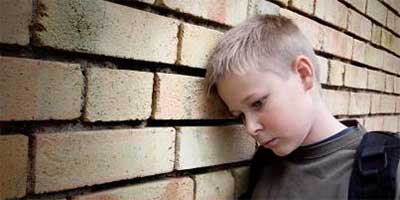 In the USA they don't let teens under 18 vote. They can't buy cigarettes or beer. Yet there is no problem treating them like adults when they are sent to jail or prison for serious crimes.

Not only are children often sent to jails and prisons for adults, they are frequently placed in solitary confinement to "protect" them from predators and violence behind bars. That so many incarcerated teens are treated this way is at once an avoidable tragedy and a gross violation of human rights and constitutional law.

In preparing a recently released report, "Growing Up Locked Down," for the American Civil Liberties Union and Human Rights Watch, I entered a world where rehabilitation or redemption was held all but out of reach. Instead, I found varying degrees of desperation or worse. A girl, one of 38 youths I spoke or corresponded with in Florida, told me how she coped: "Me? I cut myself. I started doing it because it is the only release of my pain. I'd see the blood and I'd be happy. … I did it with staples, not razors. When I see the blood … it makes me want to keep going."

Her cry for help, which is all too common, should be a call to action.

Solitary confinement is a common practice in U.S. jails and prisons, and one that has been the subject of increasing scrutiny in recent years due to its cruelty. An estimated 95,000 people under 18 were held in adult jails and prisons in the United States last year. Many are held in isolation for 22 to 24 hours a day, in some cases for weeks or months at a time. While there, they are often denied exercise, counseling, education and family visits.

In Florida, the state Department of Corrections reported holding 398 youths under 18 in adult prisons in fiscal year 2010-11, and county jails held 527 statewide this past August alone. Not only are there no restrictions against holding them in solitary confinement in jail or prison, there are no differences in the criteria for when a youth would be placed in solitary, as opposed to an adult.

"The only thing left to do is go crazy — just sit and talk to the walls," another Florida teen told me. "I catch myself (talking to the walls) every now and again. It's starting to become a habit because I nothing else to do. I can't read a book. I work out and try to make the best of it. But there is no 'best.' "

Sending young people to solitary confinement is the perverse consequence of treating them like adults. They may often think they are, but every parent knows better.

Consistent with recent advances in neuroscience showing that our brains continue to develop until we are in our mid 20s, the U.S. Supreme Court has repeatedly affirmed, in the context of crime and punishment, that young people are constitutionally different. They are still evolving and in need of age-appropriate treatment and care to grow, mature and be rehabilitated. Prolonged solitary confinement of kids, in contrast, holds back development and slams the door to opportunities for rehabilitation.

A disturbing number of the youths I met told me about attempting suicide; family members shared painful stories about those who succeeded. There is no question that detaining and managing young people can be a challenge for jail and prison officials, which is why they shouldn't be in adult facilities in the first place.

Youth are vulnerable to abuse from older inmates, and they can be defiant and break the rules. Thus officials often use solitary to protect young people from adult inmates or simply to punish them. Yet no one who deals with rebellious teens would recommend locking them in a closet. Even if some limited amount of segregation and isolation is needed, there's no justification for it to last for 22 — or even 24 — hours at a time.

Solitary confinement is a bad idea for prisoners of any age. It is costly, does nothing to rehabilitate prisoners and exacerbates mental health problems. All of that is never more evident than when young people are isolated in tiny cells. They don't emerge contrite. They come out damaged. Or, in the words of another Florida teen, solitary "makes you wild; makes you feel like a lion in a cage." This practice should be banned.