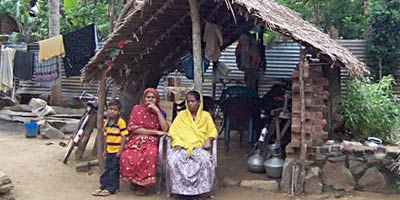 According to reports received, the Government of Saudi Arabia has executed Ms. Rizana Nafeek (1988 - 9 January 2013) today. The embassy of Sri Lanka in Riyadh has confirmed this report.

Asian Human Rights Commission (AHRC) wishes to categorically state, that the singular responsibility for this innocent young Sri Lankan woman's death is upon the President of Sri Lanka, Mr. Mahinda Rajapaksha. His office and the government led by him shamelessly neglected the life of this innocent Sri Lankan woman, who remained incarcerated aboard since May 2005. At the time when she was charged with the alleged crime, Rizana was only 17 years of age, and was soon sentenced to death by a Saudi court, in proceedings that the court held of which Rizana had no informed consent. The Government of Sri Lanka or the office of the President did nothing to save Rizana's life, despite calls for assistance from Rizana's family and from the global civil society. Passing off as concerns, the Government of Sri Lanka did nothing, except issuing valueless statements relating to this case. (photo: Rizana's family in Sri Lanka)

All Sri Lankans should regard today as a day of shame.

Due to efforts by the AHRC, an appeal was filed and Rizana's execution stayed this far. Despite calls for help President Rajapaksha's government refused to pay at least the lawyers' fee for filing the appeal.

The law relating to forced confession in Saudi Arabia is criminally wrong. The AHRC had alerted the United Nations High Commissioner for Human Rights about this matter repeatedly. However even the High Commissioner failed to make an effective intervention to save the life of this innocent woman.

There is no doubt that the charge of murder against Rizana is wrong. The laws in Saudi Arabia fall short of universally accepted norms concerning investigation of crimes, most importantly in this case the failure to conduct of an autopsy upon the body of the deceased person, alleged to have been murdered by Rizana. None of the fair trial guarantees were observed when Rizana was tried in the Saudi court.

All Sri Lankans and virtually thousands of people across the globe who intervened trying to save Rizana must have received the news of her execution with shock. An estimated 1.8 million Sri Lankans currently work aboard, of which 45 per cent are women.

The AHRC expresses its deepest condolences to Rizana's family at this time of grief and shock. Despite the family doing their best to save Rizana's life, they received no support from their government to save Rizana

So long as there is a government that does not show any care for the rights of its people, similar tragedies will be repeated in Sri Lanka.

Dossier on Rizana prepared by the AHRC.

Disclaimer: Views in the above statement do not necessarily reflect those of Safe World for Women or its staff.