Since 2004, Iran has executed 43 juveniles under the age of 18, according to Amnesty International.

There are currently 100 juveniles on death row in Iran, according to a recent report by the newly-appointed UN Special Rapporteur on the Situation of Human Rights in Iran.

Section 26 of the Islamic Penal Code of Iran protects children from legal liability, holding their parent or guardian responsible “for their correction under the supervision of the court.”

However, it also considers girls criminally responsible at age 9 and boys at age 15. So children may be imprisoned until they reach age 18, at which time the sentence is carried out.

Amnesty International reports that, in 2007, one boy was executed for a crime allegedly committed when he was 13. The judge ruled that, because the child had already reached puberty, he was to be treated as an adult.

The International Covenant on Civil and Political Rights (ICCPR) forbids the imposition of a death sentence for juvenile offenders, or those who were under age 18 when the crime was committed. 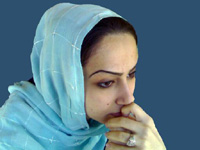 Delara Darabi was hanged in May 2009, age 22, for a crime she allegedly committed when she was 17.

Delara was convicted of the murder of a family member. Her 19-year old boyfriend, widely believed to be the true killer, was said to have convinced Delara to confess to the murder. He persuaded her based on the grounds that she, as a minor, would not be executed for the crime.

According to reports, Delara’s last conversation with her mother was a rushed phone call where she pleaded with her mother to do something to save her life. Her lawyer was not given notice of the execution and her parents were only notified several minutes before the sentence was carried out, despite having been given a 2 months stay of execution less than 2 weeks earlier. 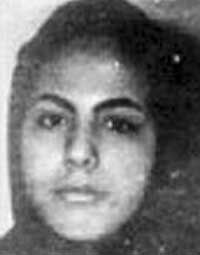 Atefeh Sahaaleh Rajabi was executed in public on 15 August 2004 by hanging, at age 16.

Atefeh's execution was conducted in a public square in the small tourist city of Neka, Iran.

Atefeh’s mother and brother both died tragically when she was young. Her father reportedly turned to drugs, neglecting Atefeh and leaving her without a strong parental figure. Affectionately known by locals as the Gypsy of Neka, she was described as well-liked, energetic, and lively.

Atefeh was arrested when police officers claimed that she was  having an adulterous relationship with a 51 year old man, Ali Darabi. But according to reports, she has been raped repeatedly by Darabai. A petition was submitted by police officers prior to her arrest and it singled her out as a “source of immorality” and “bad influence”. The only signatures on the petition are those of the arresting officers.

Atefeh faced the presiding judge Haji Razai in a hearing. Razai acted as both judge and witness against her. Atefeh’s father was unable to afford a lawyer so she was not granted legal representation, even though it was guaranteed by the International Convent on Civil and Political Rights, to which Iran is a party.

Judge Haji Razai personally placed the noose around Atefeh’s neck and left her to hang for 45 minutes after she died. Her father was not informed of her execution until the next day. Her body was stolen from its burial place and has never been recovered.