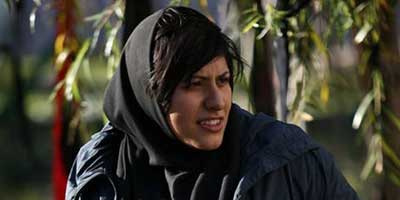 An Iranian photojournalist and women's rights activist who campaigned for female football fans to be allowed to enter stadiums has disappeared.

Maryam Majd, 25, is feared to have been held by security officials before boarding a flight from Tehran to Düsseldorf, Germany, where she intended to cover the Fifa Women's World Cup.

Petra Landers, a former German national footballer who had invited Majd to join her in a book project about women's sport, said she has not heard from her since Friday when the photographer was scheduled to arrive in Düsseldorf.

"I waited for hours in the airport but eventually found that she was not on the plane at the first place," Landers told the Guardian. "The last time I talked to her she was in the airport in Tehran waiting to board the plane and I have not been able to contact her nor her family since then."

Majd specialised in sports photography, although her pictures of female athletes were usually censored in the official media.

Shadi Sadr, a prominent women's rights campaigner living in exile in London, said: "We are almost sure that she has been arrested but the question is why authorities in Iran refuse to give any information about her after five days since her disappearance."

Many opposition figures have been arrested at Tehran airport, especially since the disputed presidential election in 2009.

Majd has been campaigning to allow women to watch football matches in stadiums. Women in Iran are prohibited from entering them amid fears they could face verbal abuse or violence.

"Maryam is one of the very few women sports photographers in Iran and because she is a woman, she has exclusive access to women's sports and had been able to attract lots of attention towards sportswomen in the country," said Sadr.

Sportswomen in Iran are required to cover themselves from head to toe, but despite the restrictions they have been active in international competitions. International games, however, are not broadcast on the state television because they feature foreign women players who are not covered.

Iran's women's football team was banned from an Olympic qualifier recently after Fifa ruled that their full-body strip broke the organisations rules.

President Mahmoud Ahmadinejad called the football association "dictators and colonialists" after the move and Iranian sports officials plan to file a complaint against the decision.

Offside, a 2006 Iranian film directed by Jafar Panahi – who has been sentenced to six years in jail and banned from filmmaking for 20 years – features a group of girls attempting to enter a stadium to watch a World Cup qualifying match.

I met Maryam Majd this year on my trip in Iran. Because of her interest in women's sports and her excellent photography abilities we have planned that she would work with me for two months, accompany me to the women's World Cup in Germany and then collaborate on a book. We had planned to take portraits of different teams, and publish them in a photo book.

I had booked the flight ticket for Maryam Majd and completed the insurance and other preparations. The plan was for her to travel to Germany on 17 June 2011. She called me from Tehran airport and confirmed she would take off shortly.

When I went to pick her up on 17 June at 10.30 in the morning from the Dusseldorf airport, I found that she had not arrived on the plane. (Mahan Airlines confirmed that Mrs. Majd was not on board).

Her phone was switched off and she was no longer reachable.

Since then no one has been able to reach her in Iran nor here in Germany.

The Iranian authorities and security forces are responsible for her safety.

I am shocked and deeply concerned about Maryam Majd's condition and her whereabouts. I might ask you to help me to get an official response from the Iranian mission.

The political situation in Iran gives us the right to fear the worst.

The question is: WHERE IS MARYAM and WHY could she not leave the country?

Thank you for your support.