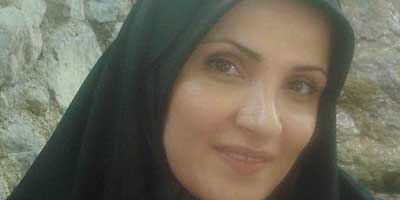 The daughter of a Muslim-Iranian mother and Jewish-American father, Rochelle Terman became interested in women's rights in Iran while an undergraduate at the University of Chicago studying political science and Near Eastern studies. During that time, Terman did a summer internship at Women Living Under Muslim Laws — an international solidarity network for women whose lives are shaped by laws and customs said to derive from Islam — and helped to found the Global Campaign to Stop Killing and Stoning Women (SKSW).

In the summer of 2007, I was an intern for Women Living Under Muslim Laws, working at its international-coordination office in London.

The organization has a network of thousands of people around the world working on human-rights issues, and staff in the office was often invited to events in town. In June, the Council of Ex-Muslims, an advocacy group, was launching their U.K. chapter and we were invited to the kick-off event.

I had mixed feelings about the Council of Ex-Muslims, as they're strong advocates of women's human rights, but also exhibit anti-Muslim bias. But I decided to accept the invitation, since many of the group's founders are involved in Iranian women's issues and I was working, at the time, on a report for WLUML on the contemporary Iranian women's movement.

At the event, a number of the panelists talked about how the label "Muslim" had been forced upon them — either because their families were Muslim or because they lived in Muslim-majority countries. Many now considered themselves secular humanists, and told harrowing stories of the abuse they had suffered in the name of Islam.

The audience was filled with human-rights advocates, journalists, and friends of the panelists.

One individual, however, stood out — the only hijab-wearing woman in the audience.

She stood in the back, occasionally scribbling notes on her legal pad.

I was networking with some of the panelists when I overheard them talking about the hijabi woman in the audience. Who was she? Why was she here? They were obviously skeptical. Some assumed she was a Muslim opponent to the group, others hinted she might be a spy for the Iranian government or a fundamentalist group.

After most of the guests had dispersed, I was sitting alone on a bench — staring at my pocket-sized underground rail map, trying to figure out the best way to get back to the office. The hijabi woman came up and asked if she could share the bench with me.

Her smile was bright and enthusiastic

The first thing I noticed was her classic beauty, reminding me of Grace Kelly.

It made me jealous that she looked that good in a headscarf. When I wear a hijab in Iran, I feel self-conscious. Wrapped tightly around my head, the scarf can make my long, narrow face look like a Kosher hotdog poking out of an oversized bun.

The woman asked me where I was from and what I was doing in London. She smiled when I mentioned Women Living Under Muslim Laws, said she had heard of them and respected their work. Her smile was bright and enthusiastic, and as our conversation progressed, it only got bigger and bigger.

She said her name was Hengameh Shahidi and she was a journalist from Iran, studying at the School of Oriental and African Studies for her master's degree.

She was involved in the Iranian women's movement, she said.

Since I was trying to collect data for my research, I asked if I could interview her. She responded enthusiastically, as if I was doing her an immense favor. "Really?! Of course! I would love to!"

She wanted a better life for her daughter

"Is what you're doing good for women? That's all you have to think about. Is it a good change for women?" - Hengameh

We arranged to meet a week later in Muswell Hill, a suburb of north London.

Having only been in town a few weeks, I got lost in the maze of double-decker buses and arrived 20 minutes late. Hengameh didn't seem to mind; in the coffee shop, she offered to buy me three different desserts. Each time I declined politely but Hengameh persisted, refusing to take "no" for an answer. (Among Iranians, the customary taarof form of manners requires that any offer be denied three times before one can finally truly accept;  Hengameh's apparent pushiness was a way of being polite.)

Eventually I relented and started hungrily shoving the cakes into my mouth while Hengameh was speaking. It was a rude thing to do, but Hengameh just smiled, delighted that I was enjoying my snack. I was supposed to be interviewing her, but she kept asking about myself. I confess that I kept thinking to myself "this woman must have a pretty mediocre career," as I assumed anyone so interested in my life story must be pretty boring.

But Hengameh, it turned out, wasn't boring at all. She was a reputable journalist in Iran, writing for widely-read publications. She conducted human-rights research for the President's Office under Mohammad Khatami and the 6th Iranian Parliament. She was a respected women's rights activist and human rights defender.

But she was no revolutionary.

When I asked her how she saw her role, she replied that she saw herself as an Iranian woman, a Muslim woman, who wanted reform and a better life for her daughter.

"I haven't any role in the opposition, in the war against the government, in overthrowing the regime," she said. … "We believe we have to reform, without a revolution… We just want to change the laws, to give the best lives for women in Iran."

We talked for several hours — about Iran, about being a woman, about our families.

Hengameh opened up to me about her young daughter, her messy divorce in Iran, and her dreams of earning a PhD. And when it was time to leave, she made me take home a pastry.

Hengameh and I saw each other a few times more that summer, usually for tea after I was done with work. One time I brought my colleague Leila, another Iranian women's rights defender. Even though they had never met before, Leila and Hengameh hit it off right away; as it turned out, they knew a lot of the same people back in Iran. They laughed and chattered away in Persian while I desperately tried to keep up. Eventually — exhausted from trying to think in two languages — I drifted off. Every once in awhile Hengameh would turn to me, smile, and ask, "do you agree?'"

"Uh, sure!" I'd say, pretending to understand what they were talking about.

Hengameh just laughed, pinched me on the cheeks, and called me "khoshkelam," "my cutie."

I kept in touch with Hengameh over the next couple of years, usually by Facebook.

I learned that she had returned to Iran for the 2009 presidential election, working as an adviser on women's issues for Mehdi Karroubi's campaign. When I visited Iran, in the weeks leading up to the election, Hengameh urged me to come see her, sending her phone number via Facebook.

The next day, access to Facebook was blocked entirely by government censors and so I couldn't access her number. By the time the site was unblocked (these back-and-forths were frequent in the pre-election excitement) I was in another city, visiting family.

I left Iran without seeing Hengameh. I wrote her a message: "Will you be back in London soon? I might be passing through this year. Can't wait to catch up!"

In the chaos following the Iranian election, I e-mailed Hengameh, along with other loved ones, to see if they were okay. But e-mail and phone communication had broken down, and I didn't hear back from her.

A few weeks later, I learned that Hengameh had been arrested.

She was rounded up on June 30, in the midst of post-election protests, and held for four months without charge. In December 2009 she was sentenced to six years in prison for "gathering and colluding with intent to harm state security," and one year for inciting "propaganda against the system." After a short stint free on bail, she was again arrested. She is currently locked up in Evin prison, a notorious facility for political prisoners in Iran.

From Iran, Hengameh wrote a letter saying she had been tortured and subjected to mock executions while in prison.

Her interrogators threatened to arrest members of her family. She went on a hunger strike and was denied access to her lawyer or medical attention. Her lawyer and fellow human-rights defender Mohammad Mostafaei, who has been arrested as well, disseminated the letter to news agencies. There has been no news of her since.

On her Facebook page, friends write: "Everyday we remember you," and "My dear Hengameh, the brave, the warrior."

Some people used reports of her arrest and torture to demonize Iran and Muslims, linking it to terrorism and insurgency. Others dismissed these reports as Western propaganda, linking her complaints to the war in Afghanistan and the occupation of Gaza.

'Is what you're doing good for women?'

As the summer draws to a close and I reflect on my internship with the SKSW Campaign, I am both inspired and worn down by the stories of women fighting for their rights in the face of cultural, religious, or traditional arguments that promote patriarchy.

Over the course of these last few months, I have thought long and hard about how to promote women's rights without falling into racism, anti-Muslim bias, or paternalism.

Just the other day, I was reminded on how polarized this issue is:  A man wrote to our campaign, asking why associations like ours do not spend the same amount of energy "to ask for the end of war in the Middle East, removal of NATO troops, support to end the siege of Gaza and Pelstine [sic] and threaten Iran with nuclear tactical missiles." He went on to claim that "positive as they may seem, protests like [ours] only diffuse the real violence of western culture, which is worse than that of Iran."

As I think about this person and his concerns, I remember Hengameh and the time three years ago, over tea in London, that I asked her how she could defend women's rights in such a politicized and polarized atmosphere. How did she manage to continue working, without going crazy or giving up?

She looked at me and said plainly, "Is what you're doing good for women? That's all you have to think about. Is it a good change for women?"

With many thanks to Rochelle for kind permission to reproduce this article.

Violence is Not our Culture