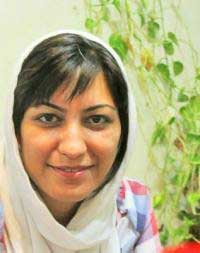 Golroo, a member of the Council for Defence of Education Rights, was banned from continuing her education at Allameh Tabatabai University. She was arrested after the controversial presidential election of 2009, which was widely challenged with allegations of vote fraud.

Golroo was arrested during the widespread arrests and the heavy government crackdown on election protesters in Tehran and all of Iran’s major cities.

She was arrested together with her husband Vahid Lalipour, also a student activist, and she was sentenced to 28 months in prison, which was later reduced to two years by the appellate court.

Mahdieh Golroo was supposed to be released last fall; however, an extra six months was added to her sentence because she wrote a letter from inside jail expressing her solidarity with student activists on the occasion of National Students' Day.

Golroo’s husband is expected to be released later this month.