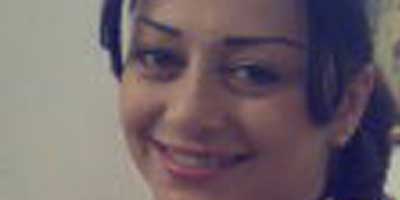 There has been no word on Hanieh (a.k.a. Sharareh) Farshi Shotorban since regime security agents arrested her in Tabriz in July 2010. According to reliable sources, the young Iranian woman was arrested for her membership in Facebook and online activities. Her charges include: “Insulting what is sacred” and “Having contacts with a foreign entity”. She is currently held in the notorious Evin prison.

Hanieh has been sentenced to seven years in prison.

Although [Hanieh's] mother is from Tabriz [the Azari language is predominant in this city] and I understand her language, and despite all her efforts to explain her daughter’s supposed crimes to me, I still don’t understand why this young woman has been sentenced to seven years behind bars. Of course, Haniyeh tries to make the best of her situation in prison…Hanieh’s mother is forced to travel 650 kilometers alone to visit her daughter for just a few minutes from behind a cabin window. [However,] they have made an exception for [Hanieh's birthday]. They have allowed [Hanieh's] mother face-to-face visitation today. I hope that [Hanieh's mom] will finally be able to share the birthday cake she has been carefully carrying for two days with her beloved daughter. The women’s ward will be celebrating tonight!