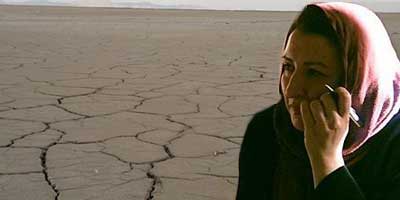 According to reliable reports from Tabriz, women’s rights activist Faranak Farid has been severely beaten by plainclothes agents at the time of her arrest.

As a result of the beating, her arm has been severely injured and her left eardrum has been seriously damaged. She has allegedly lost her hearing in that ear. Additionally, due to the lack of medical care and medical facilities at Tabriz’s police detention center, her general health condition has deteriorated.

According to the reports, during the first days of her detention, Faranak Farid was interrogated for long hours by the Tabriz Ministry of Intelligence agents. Her charges were announced as, “Insulting the Supreme Leader”, “Propaganda against the Islamic Republic regime”, and “Acting against national security”.

Faranak Farid was secretary of the First Azerbaijan Women’s Congress on March 8, 2005. She was also the editor of the women’s section of the banned journal Dilmaj and editor of the special edition of this journal.

This researcher for Azerbaijan women’s issues was arrested on September 3rd during peaceful protest gatherings against the gradual drying of Lake Orumiyeh. The peaceful gathering turned violent following the interference of security forces in Tabriz and Orumiyeh.