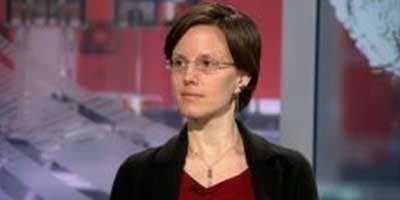 When I was in Evin Prison in Tehran, a guard twice brought flowers to my cell.

"She would look me in the eyes and say, 'God willing, Sarah, it's going to be OK'"

Each time, I'd hear the door open and look up to see her standing there with a huge smile and homegrown roses. I was speechless with gratitude.

When I broke down and cried, she would hold me in her arms, look me in the eyes and say, "God willing, Sarah, it's going to be OK."

Why I believe in dialogue

Since my release, many people have wondered why I have not been more condemning of the country that kept me in solitary confinement for 410 days.

They have wanted to know why I speak with such conviction about the need for an improved Iranian-U.S. relationship and highlight my love for the Middle East and respect for Muslim culture.

At a very personal level, I never would have been kept in jail for 14 months if Iran and the United States had a better relationship. My fiancé, Shane Bauer, and our close friend Josh Fattal would not still be in prison in Iran today on the baseless charge of espionage.

But there is more to my conviction than the merely personal. I don't believe that the animosity between Iran and the United States is an insuperable obstacle; it's the responsibility of all governments to engage diplomatically, regardless of their differences, and when they can't or don't, it is their people who suffer the most.

This week's nuclear talks in Geneva, Switzerland, involving Iran and the United States, the first in more than a year, are a hopeful sign that there can be a dialogue, as difficult as the challenges may be. Both countries have taken positive steps in recent months that offer some encouragement. Notably, the U.S. has officially designated the Iranian militant group Jundallah a terrorist organization, a decision applauded by Iran.

There is a long way to go toward overcoming the animosities of three decades, but now is the best time for dialogue.

When I ask my government, and the Iranian government, to seize this opportunity, I'm thinking of the future. I'm thinking about the children I hope to have someday and about my children's children.

Shane and I had been living in Damascus, Syria, for more than a year before our fateful trip to Iraqi Kurdistan with Josh. I was teaching English to Iraqi refugees and Shane was working as a journalist. We hoped to use our work to counter the negative perceptions of the Middle East and Islam among many Americans and act as a bridge between our cultures. Josh, an environmentalist, was visiting us. He had heard about our experiences and came with an open, curious heart to share in our passion for the region.

How different our situation would have been if the United States had an embassy in Iran when Shane, Josh and I were arrested on the border with Kurdistan, where we had gone hiking. In the absence of a normal U.S.-Iranian relationship, we sat in our cells for two months before our families had any information about us, or we knew anything of what they were going through.

When Swiss diplomats, who represent U.S. interests in Iran, finally got to see us, I was so shellshocked by my isolation that I could barely utter a few words to pass on to my family. At the same time, over the course of my imprisonment, the belief that we could somehow emerge from a very painful experience better equipped to face the problems of our world helped Shane, Josh and I through the seemingly interminable days of loneliness, uncertainty and despair.

In prison, we gave ourselves a choice.

"When she found out that I was being released, the guard asked whether I would forget her... I told her I never would"

We could come out as better people or we could let our experience crush the part of ourselves that we value the most -- the part that allows us to see beyond the differences that appear to divide us from people of other cultures and religions or with different points of view. This vision of religious pluralism and respect for knowledge is rooted in the ideals upon which our country was founded and is something all Americans can share.

More than anything, I want Shane and Josh to be free.

I also do not want what happened to us to happen to other people, American or Iranian.

I hope our leaders find the courage to begin to break from our nations' hostile past, just as the prison guard who brought me flowers was able to see past my nationality and recognize our common humanity.

The guard and I had very little to build on in terms of a common language, but I would say "one God" in Farsi and she would repeat the words with a solemn nod of the head.

When she found out that I was being released, the guard asked whether I would forget her once I got back to America. I told her I never would.

Sarah Shourd was held in solitary confinement in Evin prison, in Iran, for 410 days until her release on bail in September, after a world-wide campaign.

Sarah, her fiance Shane Bauer and their friend Josh Fattal, US citizens, were taken hostage by Iranian security guards in Iraqi Kurdistan in July 2009.