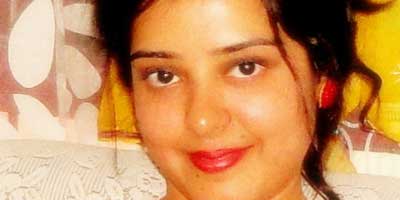 Article republished in English with kind permission of the author, and translated by Fer Amaral, Gender Researcher for Safe World for Women

The Story that Shocked the World

The death of a 23 year-old Indian student, victim of a sexual attack inside a bus in New Delhi in December last year shocked the world – and hit the headlines regarding violence against women in India.

After leaving a cinema, the student was raped by six men who had an iron bar. The violence was so brutal that the young woman lost her intestines and she could not survive the serious injuries – and died in a hospital in Singapore.

This case generated a great commotion in the world and reverberated in the international press; her death was the beginning of a whole range of acts and protests in the country, demanding punishment for the perpetrators and better security for women.

For several weeks, the mainstream media repeatedly reported on the insecurity stories of Indian women and their vulnerability inside the patriarchal society of India.

“Saying that gender violence is a problem particularly relevent to the Orient, or in ‘backward countries as India’ is 'esconder a sujeira do nosso próprio quinta' ['hiding the dirt from our own garden']", explains Ana Claudia Pereira, a PhD student in Political Science at the Instituto de Estudos Sociais e Políticos da UERJ (Universidade do Estado do Rio de Janeiro).

“It seems that a lot of groups dedicate themselves to repeat a certain kind of discourse that exoticize the ex-colonies, the ‘non-Occidental’ countries, and promote the concept of a 'moral inferiority', reinforcing discriminatory and superiority ideas”, she said.

Ana Claudia lives in Washington and says that she does not risk taking the bus after 8 o’clock at night, even in the North American capital, just some kilometers from White House.

“This is a kind of barrier that not one of my male friends faces. In general, the architecture and public urban services are planned with a very limited and excluding vision guided by the elite white man’s eyes”, she explains.

The North American newspaper, Global Post, published an article about the case the following “the rape culture in India”, while The Washington Post, also from United States, tried to explain the “10 Reasons why India has a sexual problem”.

In France, Le Monde headlined one of its articles with the phrase “India must break up with impunity on violation”. On the other side of the English Channel, the BBC talked about “The rapes that India forgets.”

Not Just in India

Violence and impunity, however, is not specific to India. In the USA, domestic violence is the main cause of injuries to women between 15 and 44 years-old.

By May of 2012, the lower chamber of Congress approved a [version of a] law that diminishes the protection actually offered by laws, making particular sectors of society extra vulnerable: lesbians, indigenous women, illegal immigrants, and other social minorities.  At the beginning of this year, the same chamber decided not to vote on the renovation of Violence Law Against Women (VAWA), enacted in 1994, that is now suspended.

Every nine seconds a woman is beaten by a husband or a partner in USA,

In Brazil, the “Anuário das Mulheres Brasileiras” of 2011, showed that 43.1% of women in the country were a victim of violence in their own homes.

In Egypt, this number is 34%, according to national researchers.

In Canada, 29% of women were physically attacked by their intimate partners.

And in New Zealand, this number reaches 35 %. 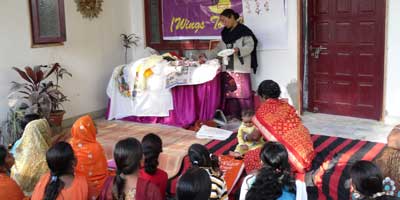 Interviewed by Opera Mundi, Dr Sheba Rakesh, founder of the women's empowerment organisation, Pankh [Safe World Field Partner] which works in India, says that, for women, no one sector of society can really be considered protected.

“Unhappily, when we talk about aggression towards women, we are all vulnerable.

Going by the latest trends in the escalation of violence against women, urban women, considered to be "safer" in comparison to their rural counterparts, are no safer in that regard.

The proof is in the increase of the number of urban women attacked, even though they are considered to be 'safer' than their rural counterparts. Sexual abuse in the workplace, rapes while travelling by night…danger is everywhere.”

And she says: “Women's safety is a social issue, not a geographic one”. 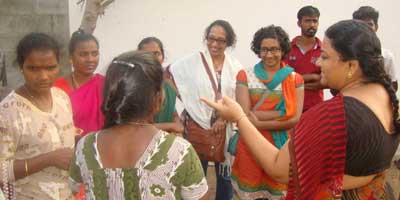 Beatrice Vanaja, Chief Administrative Officer of the Indian philanthropic association New Life [Safe World Field Partner] believes that crimes must be seen as the subjugation of one sex by the other. “The discussion needs to be about patriarchy, misogyny, and sexual violence in the world –  and not just in India”.

The Indian case contrasts and paradoxes can be put aside when  talking about gender violence.

The country is the cradle of poets like Subramanya Bharathiyar and activists like Raja Ram Moham Roy, whom in the 18th and 19th centuries, talked about woman empowerment while the world breathed the “moral Victorian British air”.

India is a country whose women are worshiped as goddesses (different from Abrahamic religions) and when emerged in the 20th Century, the apparently liberal eroticism of the Kamasutra.

In spite of this, woman's security is in danger from the moment of conception, with selective abortions by gender.

The situation is getting better with the mass numbers of women entering the labour market, but men are facing female competition – and it seems that it has created anger, a feeling of “revenge” (in men), explains Beatrice Vanaja:

“But we can’t blame only Indian men. People who are seriously concerned with reducing crimes against women will understand that this is a universal problem with the concept of gender issues.

It is not appropriate to criticise just one country or religion”.

The social stratification together with the “Indian caste system” is also used as a 'justification' for gender attacks.

Rape is usually a gun against women in castes system conflicts. By 2002, during the Gujarat conflict, men from the Right Party used rape to “give a lesson” to the minority communities.

Those responsible for the rapes are still free.

During the 2006 massacre in Kherlaji, a mother and daughter from an “inferior” caste were raped by a group of men before being murdered. In some more problematic areas where the military and policemen are, for so long, they have been accused of violence against women.

A reform in the legislation – advancing punishment to crimes of gender violence, is generally the first way found to fight against such attacks.

In Brazil, the Maria da Penha Law (Lei Maria da Penha) was introduced in 2006, which changed the Brazilian Penal Code, enabling perpetrators to be arrested or have the preventive arrest decreed. In addition, there was a increase in the maximum punishment from 3 to 4 years and orders to prevent the assaulter from going near the assaulted woman.

In India, a government panel was created to discuss changes in the law and to turn them into effective acts to prevent the attacks.  “Activism, rather than theory, is the need of the hour on our side of the globe,” says Dr Sheba Rakesh.

“At the same time it is necessary to charge a non-sexist education and to charge the prevention of the violence. This model needs to be used even for the so-called 'developed' countries."

You can read his blogs at Brics.com