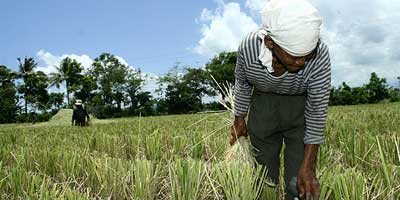 (WNN) Rio de Janeiro, BRAZIL: In a targeted call for those attending the Rio+20 Earth Summit in Rio de Janeiro, women from Asia Pacific are bringing attention to the continuing needs for women to have production access and control over food sovereignty in their home regions. The call comes with a special focus also on four key areas of sustainable development throughout the Asia region which includes – Access to Resources, Decent work and Economic rights, Peace, and Voice. “Asia Pacific women are united in our commitment to these crucial issues of women’s rights and gender justice at the Rio+20 Earth Summit taking place now,” says a new release by APWLD – Asia Pacific Forum on Women, Law and Development.

The key issue is that women leadership for food sovereignty can bring solutions.

“Food sovereignty is crucial for sustainable development and eradication of poverty. Women must have ownership of and control over production, marketing and fair distribution of wealth and management of natural resources. This must be realised with agrarian and land tenure reform which stipulates women’s equal land and property ownership,” says Lita Mariano, a woman rice farmer from the Philippines.

Equal and enhanced access of rural, indigenous and migrant women to productive resources as a main ingredient for work in eradicating poverty, are part of the goal stresses APWLD.

Supporting options for women from Asia that will lift their standard of living, basic human rights at the minimum requirements for adequate housing, education and health care, in addition to a living wage sufficient enough to cover the basic cost of a family’s food supply are essential to all women.

Dignity and decent work for women is a key factor to women’s economic rights, says Aliza Yuliana Syahrizal from Indonesia for the Rio+20 Summit. “This must be extended to all women workers in industries, formal and informal, including domestic work, particularly women migrant domestic workers regardless of their legal status,” she continued.

A history of increased militarisation in regions of Asia, like Burma/Myanmar, has been another wide concern for many women. “Militarisation, often a justification for peace and development, only fuels conflict in communities,” says the APWLD. Violence against women, even under the auspices of peace initiatives, can increase the dangers for women as military forces enact a higher degree of armed force inside a specific region.

Land grabs, by private and public officials, can also put women in the direct line of violence and armed police conflict, as seen by many women who have witnessed forced evictions in Northeastern Cambodia. A case in point is the Boeung Kak Lake region, where 4,000 families living near Boeung Kak Lake were stripped of their housing rights in 2007. After intensive lobbying of women-led groups in the region, the Boeung Kak Lake municipality agreed to give land back to some families, but others were arbitrarily left homeless.

“Governments and development institutions must recognise rural, indigenous and migrant women’s knowledge and visions in decision making at all levels of development policies,” stressed Tess Vistro from the Philippines for the Earth Summit in Rio.

In October 2011 LICADHO, the Cambodian League for the Promotion and Defense of Human Rights, which has been working to show impacts on women affected by forced evictions in Cambodia’s infamous Boeung Kak Lake land grab, placed this video on Youtube to show how abuse has been perpetrated in the name of ‘development’ in the region. This video takes a look at three incidents showing the impacts on women within communities affected by forced evictions. The incidents, three out of many, occurred in 2011.

©2012 WNN – Women News Network
No part of this article release may be reproduced without prior permissions from WNN.