'Seeds of Freedom': Can Agribusiness Giants Really Save the World? 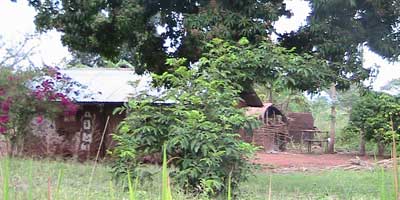 “Global agriculture has changed more in our lifetime than in the previous 10,000 years. But as with all change, conflicts of interest have arisen. Nowhere is this conflict more poignant than in the story of seed.”

A new film from the African Biodiversity Network (ABN) and the Gaia Foundation, narrated by actor Jeremy Irons, is set to explode pervasive myths about agriculture, development and Africa’s ability to feed herself. At the heart of the film “Seeds of Freedom” is the story of seed, and its transformation from the basis of farming communities’ agriculture to the property of agri-business.

Agribusiness Giants to Save Africans from Starvation?

Africa is under growing pressure to turn to hybrid seeds, fertilisers, pesticides and Genetically Modified Organisms (GMOs). Only last month, President Obama launched the New Alliance for Food Security and Nutrition, which will see the combined forces of agribusiness giants Monsanto, Syngenta, Cargill, DuPont and Yara investing $3 billion into creating new markets in Africa, amidst claims that this will solve hunger and malnutrition.

But amidst the pressure to “modernise” agriculture, the enormous wealth and diversity of locally-adapted seeds and farmer knowledge is ignored, undermined and eroded by policy makers. Increasing biological and agricultural diversity has been at the centre of food production, culture and spirituality for every traditional culture on earth, since the beginning of human history. Our ancestors had good reasons: they knew that greater diversity in their crops gave them better nutrition and resilience to the many challenges of farming, from weather, pests and soil variations. As Muhammed, a traditional farmer from Ethiopia says in the film, “Seed is our life. Our livelihoods depend on it. One variety is not enough for us. If we lose that, we are lost.”

The Violent Origins of Agrochemical Fertilisers and Pesticides

“Seeds of Freedom” shows how powerful interests are destroying that diversity, and the resilience and food security that have been bequeathed to humanity by our ancestors. As the global food supply becomes dependent on just a few seed varieties, owned by a handful of corporations, our future is increasingly vulnerable as a result. The film notes that agrochemical fertilisers and pesticides emerged from the development of explosives and nerve agents in two World Wars, and these violent origins underline the contradiction between agribusiness’ message and their actual ethos. What becomes clear is that industrialised and GM agriculture is increasing hunger and malnutrition, not solving it.

Gathuru Mburu, co-ordinator of the ABN says: “We wanted to make a film that gave Africa and the South a global voice against GM. As the likes of Monsanto, Syngenta and Bill Gates’ Alliance for a New Green Revolution in Africa (AGRA) all forge ahead into Africa under the mantra that GM is the only way to feed the population, African farmers are shouting “No!” - but their voices are being drowned out. GM technology has not been developed to aid farmers or to feed hungry people, it’s to create new markets for patented seeds, fertilisers, pesticides and commodities.”

While many claim that GM crops are needed to feed the world, the film looks at the concrete experiences where they have been grown. The evidence is shocking, and yet continually under-reported.

In Argentina, hundreds of thousands of small-scale farmers have been forced to leave the land to make way for the aggressive expansion of GM Roundup-Ready soya plantations. Indiscriminate spraying of the powerful Roundup herbicide from planes, has further driven farmers, their crops and livestock from their lands, and turned Argentina into a “green desert” of GM. While some hail the growth of Argentina’s soya exports as a success, the rights and voices of those displaced farmers, and their families who have ended up hungry in the slums of the cities, have been utterly ignored.

Meanwhile, the term “tragedy” does not even begin to describe the experience of Indian farmers growing GM cotton. GM seeds can cost three or four times that of conventional cotton seeds, require specific and steady amounts of fertilisers and rainfall, and yet they frequently fail to deliver the pest resistance promised. Thus GM cotton crops often fail to produce the yields needed to pay back costs and loans for seed and chemicals. Farmers are spiralling deeper into debt. An epidemic of farmer suicides has gripped the Indian cotton belt, with farmers drinking the very pesticides that they were supposed to no longer need.

Where hybrid seeds began the process of agribusiness control over seed, the patenting of the genes in GM crops means that corporate control is absolute. With GM, farmers are forbidden from saving the patented seeds. Not only this, but if cross-pollination by wind and insects brings the patented genes into unsuspecting farmer’s seed, those farmers are also liable for patent infringement. Across North America, hundreds of farmers have been sued for so-called “seed piracy”. The threat of such bankruptcy has effectively transformed North American agriculture, as farmers realise that the only way they can avoid being contaminated and sued, is to purchase and grow GM crops themselves.

As Henk Hobbelink of GRAIN points out “What are we supposed to do with these GM seeds? Seeds are supposed to be planted, multiplied, exchanged, further adapted, and so on. That’s exactly what is not allowed from the corporate mindset. The corporations sell or license us the seed to be used in a specific way – the way that they are interested in. Full stop.”

UK Government Aims to be Most Pro-GM Ever

Even Zac Goldsmith MP, who has watched in frustration as the UK government has stated its aim to be the most pro-GM government ever, says “It’s nothing to do with feeding the world. It’s nothing to do with tackling some of the huge issues we’re facing today. It’s about control of the food sector, of the food economy. We need to radically change course and return to diversity.”

Seeds of Freedom takes a profound look at the wider context in which GM is promoted as a supposed solution to global hunger, and concludes that farmers in the South already have the tools, knowledge and potential to ensure their future food. Liz Hosken, director of the Gaia Foundation says “Seeds of Freedom brings together a chorus of voices from around the world, asserting that in spite of the corporate drive to control our food systems, small farmers are still providing 70% of the world’s food. We are at a critical turning point now, as the global food sovereignty movement builds momentum to reclaim control of ecologically sane and socially just local food systems, which celebrate and enhance diversity and hence resilience.”

British actor and UN Food & Agriculture Goodwill Ambassador Jeremy Irons has put his distinctive voice to the film. “I’m delighted to have been asked to narrate this important film. I think that it carries a critical message, at a critical time. We are on the brink of losing a vast wealth of diversity in our food system, and we’ll lose it to the hands of just a few corporations, who give us only the illusion of choice on our shelves.”

Grassroots Farmers Must Reclaim Their Seeds of Diversity

As Agnes, a farmer from Kenya explains, “When I farm my indigenous food, I know for certain I will have a harvest. And so I know my children will eat.” Instead of top-down, technical solutions imposed by rich countries to eke out profit from the poorest, farmers can and must reclaim their seeds of diversity, their seeds of freedom.

The 30-minute film is a co-production of the African Biodiversity Network and the Gaia Foundation, in collaboration with local Ethiopian partner MELCA Ethiopia, and international partners Navdanya and GRAIN.

“Seeds of Freedom” is online for international audiences to watch and download for free at http://seedsoffreedom.info