Is it OK to Touch? 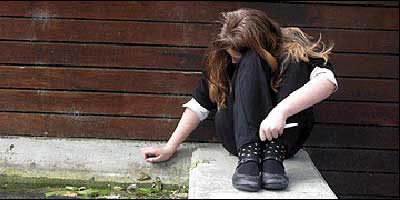 A boy strokes a girl’s bum. She giggles. Does she like it or is it a nervous giggle? What do you think? Sexual bullying is a pressing issue and it occurs in all levels of society, and this includes schools. Can education stop this? Just what do we define as ‘sexual bullying’ and where do we draw the line?

"I think a lot of people get sexually bullied at school"

A 15-year-old female student believes that it’s a young person’s right to know what is wrong and what is right: “I think a lot of people get sexually bullied at school and do not know it. It could be touching the bum, and for some people that might be alright, but sometimes it’s over the top.”

People should have the confidence to say no and be able to draw the line on what they feel is ok, and when it becomes sexual bullying.

"Victims might not have the life skills... to say 'no'"

Head of Humanities Mr Urtone said: “Sexual harassment can happen at most secondary schools all over the country. I define it as any sexual activity that is physical or verbal that is unwanted.

“Sometimes you go around the school and hear young boys talking about, or directly to girls in a derogatory manner and I would say that that is a low level of sexual bullying.

“Young people are going through puberty and have a lot of hormones flying around, some trying to impress their friends with their actions. The victims might not have the life skills to be able to say ‘no, I don’t want to be touched in that way.’”

An ex-year 11 male student says that they haven’t had enough sexual health education since they’ve been at school.

Lead Learning Mentor, Lynette Brown thinks that education is the key: “We need to make everyone aware. If we make as many young people aware of all the things that are out there then it’s a start.”

"It has to be made clear what the boundaries are"

Teacher, Mr Brown said : “Sometimes young people act in a certain way and think that they are just messing around. But if they were out on the street or the work place they would get arrested for it and I think it has to be made clear what the boundaries are.”

The school does run lessons on sexual health and relationships, however the school can only fit four of those lessons a year, and Mr Urtone believes it is probably not enough: 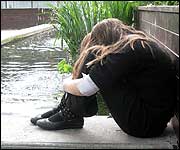 “PSHE (Personal, Social and Health Education) lessons are important because it gives young people life skills that they need to make good decisions. Life is not just about academia and typing on keyboards, some of it is how you interact and deal with problems that arise and unfortunately I think that not all young people are equipped to make those right decisions. But schools are not able to give enough time to these lessons.

“I don’t think it’s an issue of money. I think it’s a time thing and the school has too much academic pressure and its main responsibility is to get young people good grades and a good education."

Students have expressed the need for more sexual health education to be part of the school curriculum. They feel that they need the lessons to give them a better understanding of what sexual bullying is and how it could be prevented.

“Maybe we can have them in assemblies. But I was teaching a sexual health lesson for year 7s about puberty, and it can be very embarrassing for the students and the teacher.

And to do that in front of 180 children! It begs the question, are the teachers qualified to teach these kinds the lessons?”

Sexual bullying still seems to be left in the shadows

So sexual bullying still seems to be left in the shadows. Without education we don’t know if people are suffering from it and sometimes they might not even know that what is happening to them is sexual bullying.

If this issue is highlighted more we might know how to deal with it and have the confidence to say stop.

In class we learn that a child is born innocent and their primary and secondary surroundings influence them. School is one of those surroundings and that means they need to influence us in the right way.

Headliners UK is a charity which inspires and encourages the personal development of young people through journalism.

Young people are trained to research and produce stories on issues important to them for publication and broadcast in national and local newspapers, magazines, television, radio and online.