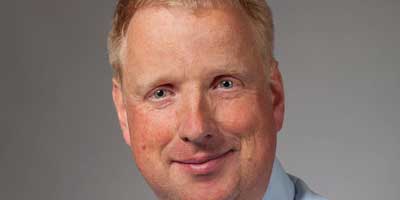 I am going to make a statement about you, you may disagree with it, but bear with me.

You know someone who has been the victim of domestic abuse at some point in their lives! It might be in their past, or they maybe suffering it right now, but you know them.

Many people, having just read that statement, will probably think, “You're wrong, I don't know anyone who's been a victim.”

I call domestic abuse a “secret” crime – it's not often talked about. It's hidden away, usually behind closed doors. Victims suffer in silence, they don't want others to know what they're going through, or they may even believe it is their own fault for the beatings, or the psychological, sexual or emotional abuse. If they had only behaved better, been more understanding, etc., then they wouldn't have suffered. They think they love the person who is abusing them, and don't want to get them into trouble.

How common is this? More than most people realise.

Statistics show that 1 in 4 women will be the victim of domestic abuse at some point in their lives. So, going back to my original point, if you know at least 4 women, then statistically one of them is suffering (or has suffered) abuse. But unless they've been open about what has happened to them, you might never realise what they've gone through. So you know a victim, but you just may not know that you know.

I am a Town Councillor for Lewes (pronounced “Lewis”), in East Sussex, and I'm the Council's Anti-Domestic Abuse Champion. I think a lot of people, when they find out that I am male, are surprised that I hold this role. But having experienced domestic abuse within my family, I feel I have an understanding of what victims and survivors are going through. Also, throughout my life I seem to have had an empathy with women and found they open up and talk to me about things often before they've told other people. So when the role was announced and people were asked to volunteer, it seemed natural that I put my name forward.

Sadly, there is still a view that men do not take domestic abuse seriously, that we somehow feel that it's not a crime. Yes, there is a minority of men who do believe that “giving the wife a slap” is not the same as “real” domestic abuse. So, it is up to people like me to try and change that view. If someone (male or female) makes a comment that appears to promote abuse against women, I respond with, something like, “And in what way do you consider that is the right attitude?” Of course, once questioned, they realise the foolishness of what they have just said. For me, staying silent is not an option, when someone makes a comment that supports domestic abuse, because to do so only condones their statement.

If a friend's personality changes for an unknown reason, if they become quiet and withdrawn when they used to be talkative and effervescent, then take them to a quiet place where they will feel safe to talk and gently try to find out what is wrong. It could be something completely innocent, or it might be something more serious. As a friend it is up to you to be there to support and help them when they need it.