Two British Children An Hour: Why Is Female Genital Mutilation Not History? 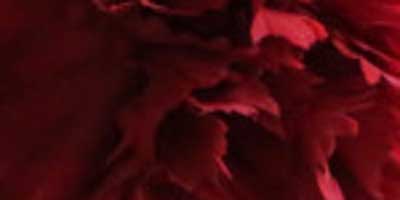 Female genital mutilation (FGM) is the ultimate, literal, embodiment of oppressive patriarchy. Its origins are unclear, but it goes back millennia and is known to have been practised on Egyptian slaves and princesses, probably to prevent illicit sex and disputed paternities.

In this article, first published in Chartist (Nov/Dec 2013), I ask why FGM in the UK, as much as anywhere, is not just a horror story for the history books.  What are we going to do to stop such cruel child abuse?

Readers are invited to support this Stop FGM e-petition:

FGM comprises various degrees of removal (by cutting or scraping) of the clitoris and other external genitalia, and / or closure by crude suture of the entire area, leaving only a small hole for urine and menstrual blood. The World Health Organisation classifies four different types of mutilation, with the most extreme being infibulation (sewing up).

110-140 million women now alive have experienced FGM. Mutilation is usually carried out during childhood, sometimes on babies, by a traditional operator with high prestige (a grande dame of her secret society) but no modern clinical knowledge, anaesthetic or adequate asepsis.

Unknown numbers of victims die directly because of FGM, and many more are scarred (physically and mentally) for life. They are also at significant extra risk during labour, as are their babies. This extra risk continues through generations, via premature departure from education, child ‘marriage’ (sexual slavery) and life-long perils, even including obstetric fistula which often results exclusion and personal disaster.

Yet 3 million new FGM cases occur annually . Its rationales include dire mis-information (the clitoris may grow into a third leg / penis, or contact will kill a man or baby), to preserve ‘family honour’ and ‘purity’ (and thereby bride price), to secure social inclusion (uncut women may be excluded even from handling food and water), and / or to denote the transition to womanhood and respected adult status.

FGM is fundamental to some cultures, and reflected in some religious interpretations, but it is not faith-based. It is even found in animism; but it is always strongly bound to group think. One village in an area may do it, but not the next….

Similarly, in some Western post-diaspora communities ex-pats cling to FGM tenaciously to mark group identity. Around half a million women and girls in Europe have experienced FGM ; and despite decades of clear UK legislation against FGM, the largest number is found in Britain, where another 20-25,000 girls may be at significant risk every year.

Disturbingly, European number are rising. Substantial EC programmes (such as the REPLACE 2 programme, of which I am an Advisory Board member) now focus on this disturbing threat to public health and individual lives, and the British government recently pledged £35 million to eradicate FGM globally within a decade – despite having failed totally to abolish this potentially lethal human rights abuse in the UK.

Western twentieth century euphemisms like ‘female circumcision’ have, tragically, underpinned serious avoidable loss of young lives. But whilst local settings demand local terms, accurate naming is critical. The past quarter-century has seen harmless alternative rites of passage (ARP) promoted in practising communities to celebrate womanhood. We were never to refer to ‘mutilation’, but rather show ‘respect’ by saying ‘cutting’.

More recently however has come an insistence that formal contexts require FGM be referred to for what it is: mutilation. Further, a new UNICEF report has shown the ‘respect’ approach alone is ineffective.

France for instance has secured highly visible convictions, a version of the guardian ad litem arrangement in place to protect girls at possible risk, and inspections of pre-school children.

In Britain however only this year have we even introduced a charity telephone helpline ( 0800 028 3550 ) and the so-called FGM Passport (a document for girls which says vacation cutting is also illegal).

And, despite the Director of Prosecutions’ good intentions, there are still no convictions to demonstrate the UK will not countenance FGM. The UK’s international rhetoric seems to be winning over any national seriousness about tackling FGM.

We have virtually no law-enforcers with first-hand experience of the practising communities, the national FGM Co-ordinator role was scrapped as soon as the Coalition took office, the Home Offices says parents will not tolerate infant examinations and just a few weeks ago the Department for Education decided that schools will not be given desperately needed specific guidance because of ‘tensions’ around so doing .

But small children cannot report abuse to authorities; older ones fear their personal safety if they break silent taboos.

Coherent, national policy is required to abolish FGM. Yet we have only ad hoc under-resourced small interventions by poorly equipped front-line workers with scant training, reliant on scattered web-based guidelines and with zero assurance of support if the going – as it will – gets tough.

The Coalition’s investing millions in international development is genuinely laudable, but on what basis does Britain presume to lead the way concerning global eradication of FGM, when we take so little care to prevent it here?

Still FGM falls largely outside contexts of safe-guarding and child protection. Why are abuse hotlines dependent on charities? Why do we leave community activists to stop FGM, a very serious crime? How can we strengthen wider child abuse prevention programmes so they include FGM and are reliable? Are there obstacles to mandatory reporting of suspected risk?

The personal, community and even economic benefits of eradicating FGM will be enormous, but shamefully, despite growing awareness, very few UK policy makers and politicians have actively taken the issue on board.

Meanwhile, two British children an hour, averaged over the year, are subjected to the unspeakable nightmare and human rights abuse that is female genital mutilation.  (Grotesquely, the next ‘cutting season’ will be during the Christmas holidays.)

What are you going to do about it?

A version of this article was published in Chartist , November / December 2013.

Also Read: Zero Tolerance of FGM - Taking the Issue Forwards in the UK

Readers are invited to support these two FGM e-petitions:

The #NoFGM Daily News carries reports of all items shared on Twitter that day about FGM – brings many organisations and developments into focus.

More info on FGM in the UK here.