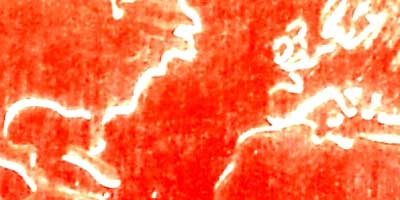 Caitlin Moran’s unforgettable best-seller How To Be A Woman introduces early on her impressions of ‘traditional feminism’: that we should concentrate on the big stuff like ‘pay inequality, female circumcision in the Third World, and domestic abuse'.

These are, Moran affirms immediately, ‘pressing and disgusting and wrong’, but she insists that the day-to-day problems of woman kind are just as deleterious to peace of mind.

A Gross Reality in Britain

By such a yardstick the growing awareness that female genital mutilation (FGM) is a gross reality in Britain, in 2013, comes as a tragic and shocking double whammy.

Not ‘only’ is FGM a barbarically cruel fact, still, in the developing world, but it is inflicted on multiple thousands of girls – babies, children and teenagers – in Britain, every year.

Child Abuse on a Massive Scale

This is child abuse on an inconceivably massive scale.  It ruins young lives and futures, and it carries a high risk of ill-health, even death, for both the victims themselves and, later on, for any babies they may have.

Yet still, despite the legal prohibition and the possibility of 14 years in prison, the perpetrators of FGM continue to inflict their hideous practice on children in Britain; and still, no-one has ever been prosecuted successfully in Britain. This is surely an extraordinary situation, in a country where we claim to take child abuse very seriously indeed.

If those with influence in Britain cannot (or will not) stop female genital mutilation, what hope is there for eradicating it in other much less well-resourced nations, where perhaps 100-140 million women world-wide have had FGM and around 3 million young girls are still subjected to it for the first time every year?

The narrative around this striking omission – a failure in the UK over the past several decades to bring to account even one single perpetrator (or procurer) of FGM from amongst the literally hundreds of thousands who must have been involved, tells us much we may not wish to acknowledge about contemporary British society.

The rhetoric ‘explaining’ this startling failure to protect an estimated 20+ thousand girls every year from FGM in the UK engages notions of ‘culture’ and even - erroneously: for FGM is not a practice ‘required’ by Islam or any other faith - religious obligation.

This is dissembling on an industrial scale.  Not one of the weasel-mouthed ‘reasons’ often presented for such a massive betrayal of children’s fundamental human rights holds water.

The issue in truth is about resources, time and determination (or not).  FGM is it seems a horror too far for those who we might expect to lead public opinion.  It’s so much easier to say that evidence for prosecution cannot be found, or that female genital mutilation cannot really be a problem in Britain, because we Brits are actually kind people who care for our children…. The same line used, albeit with more contextual coherence, to ‘explain’ the decision of those loving (grand-)parents who insist on FGM for their daughters because they fear that otherwise they will become unmarriageable and ultimately destitute.

But the (verified) statistics for the UK tell a stark story.  Averaged over the year, more than 50 British children are at serious risk of, or actually undergo, FGM every single day.

So how can it be that no remotely convincing effort is made to stop such damage (sometimes lethal) to our children’s lives and futures?

The ‘rationale’ for FGM is patriarchy, sexism of an extreme kind, perhaps misogyny.

FGM is inflicted on girls to ensure they are forever subject to the control of men.  Their sexuality, dignity and often their long-term health (sometimes life itself) is stolen even before they know any other way is possible.

For girls who have experienced FGM as they become women there is, even in Britain, little prospect except education cut desperately short, probable early marriage and a life of wifely dependency and servitude.

The United Kingdom is a place where minor drug-related offenders are pursued relentlessly; where those inadvertently caught up in civil rioting will find themselves behind bars.

But those who inflict unimaginable scheduled cruelty (however ‘loving’ their intentions) on female children for ‘cultural reasons’ remain, it seems, above the law.  Child safe-guarding requirements are somehow put aside; criminal investigation is deemed too difficult; adequate resourcing is a demand too far.

This icy determination to deny the problem, this cold-hearted neglect of children in peril, has at its heart a failure by decision-makers, mostly men, to value the lives of particularly vulnerable girls and women.

The Australian Prime Minister, Julia Gillard, recently accused her Opposition of sexism and misogyny; and she has subsequently tackled FGM directly, setting up for the first time in Australia focused enquiries about how this abuse – not ‘just’ verbal, but real, direct, long-lasting physical and mental damage - can be brought to an end.  No doubt another woman, Caitlin Moran, considering the evidence which has come to light since her original remarks, would expect the same unyielding focus to be brought to bear in Britain.

Yes, Keir Starmer, the UK Director of Public Prosecutions, has (at the end of 2012) announced there is to be a review and a new approach to eradicating FGM in Britain; and yes, there is at last a growing awareness that we all, as parents, teachers, clinicians and upholders of the law have our part to play.

Still No Move Towards National Action Plan in UK

But still David Cameron, our own UK Prime Minister, refers in public to FGM as ‘cutting’ – a euphemism appropriate only for use in relevant communities, to bring potential offenders onside; and still there is – despite the call by Members of Parliament such as Karl Turner for action right now - no move to develop a National Action Plan, or to reinstate the Co-ordinator to abolish FGM.

Without meaningful resources and genuine political will words have little value.

Petition is Just a Beginning

There is a petition (Number 35313) on the HM Government website, open until June 2013, which UK citizens and residents may wish to sign, in support of action: Stop FGM in Britain.

Hopefully, all who are eligible will support this minimal demand.  That however is only a beginning.  We must all try to learn more about this barbaric blight on girl children in the UK and across the world.

Too Painful to Contemplate

Perhaps we don’t want to know too much, too graphically, about the dreadful physical and mental scars which victims of FGM will, if they actually survive, carry for the rest of their lives, but we can make sure anyway that we know who to lobby, to make the world a safer place for girls and young women.  And we can make sure we really do lobby those influential people until change happens.

Female genital mutilation is ‘only’ one of the nightmares which confront young women in many parts of the world – other horrors include child marriage, ‘honour’ killing, grooming, slavery and casual rape – but FGM is a fundamental abuse which so far we in the UK have, dramatically and disgracefully, failed to address at all.  And it is something about which every one of us by raising basic awareness can help to make a difference.

Let’s just do it.  Let’s Stop FGM in Britain and everywhere else.  And let’s start by promoting the forthcoming International Day of Zero Tolerance to Female Genital Mutilation which WHO asks us to share on 6 February every year.

More information about FGM can be found in the FGM Listings and other material here.

There is also an e-petition for everyone, everywhere to sign: UK Government: Enforce the UK law which forbids FGM (Female Genital so-called 'Cutting').

The #NoFGM Daily News, a free, no-obligation on-line resource, carries reports of all items shared on Twitter that day about FGM – brings many organisations and developments into focus. To be included automatically in the next day’s edition please ensure you add the tag ‘FGM’ in your post.

You can also find out more here:  #NoFGM: A Listing For [UK] Action & References On Female Genital Mutilation  - a collated (and growing) list of organisations and reports for those who want to find the major aspects of the issue in one place.

For more on this topic please see here.