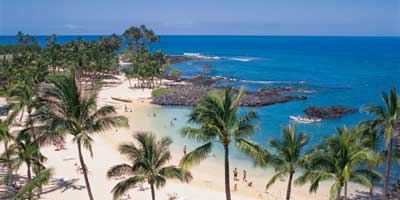 Article by Safe World for Women.

Cheltenham is a picturesque town in the West of England, renowned for its wealth and respectability.

It hosts one of the country's top private schools for girls, annual horse-racing and literature festivals, a polo club... and England's future king lives half an hour away.

In 2008, Cheltenham was the centre of Operation Pentameter 11, a police crack-down on the trafficking of women from the Far East to work as prostitutes in the UK. When the 18 month police investigation was completed, a woman who had been running brothels in the town was jailed for 15 months, after admitting laundering money made from prostitution. In total, Yu Wang made over £2 million. The police operation traced the trafficking ring back to Thailand, where women were tricked into travelling to the UK for work and then sold into prostitution, for around £30,000 each.

Just recently, in another story, in Los Angeles USA, the owner and 4 employees of a recruitment company, Global Horizons Manpower, were arrested on human trafficking and slavery charges, after bringing hundreds of workers from Thailand and other countries and selling their services into the agricultural industry. In order to get the jobs, the workers, poor men from the Thai countryside, had to pay extortionate recruitment fees, resulting in large debts. On arrival in the USA, their passports were taken away and they were often forced to work long hours in inhumane conditions. They were told that, if tried to leave, their families would be forced to pay back the loan, under threat.

Global Horizons appeared to be a highly respected company. On their website, they list associates such as the 'Association for Los Angeles Deputy Sheriffs', 'Pepperdine University' and the 'Florida Restaurant Association'. And the owner, Mordechar Orian, donated to Republican Party.

One of the companies using workers supplied by Global Horizons was Maui Pineapple Company based in Hawaii, part of Maui Land & Pineapple Company. Revelations of the trafficking shocked majority owner Steve Case, cofounder of AOL; and primary shareholder eBay founder Pierre Omidyar, a generous benefactor of anti-slavery organizations. Another company which contracted with Global Horizons was Aloun Farms on Honolulu, whose owners are about to be themselves sentenced on human trafficking charges.

What makes matters worse with Aloun Farms and highlights the 'acceptability' of slave labour, is the outcry to the court from local dignitaries claiming that, if the owners of the company were imprisoned, it would have a tragic effect on the local economy. Both Global Horizons and Aloun farms are not isolated cases - according to Bound for America, a report in Mother Jones, "Every year, several companies are prosecuted for keeping workers in near-slavery conditions."

BACK IN THE UK

Back in the UK, the police operation which exposed the human trafficking in Cheltenham, showed it was just the tip of an iceburg. It is estimated that over 90% of towns in the UK have connections with human trafficking. And not just with the sex industry. Reports of trafficking into the agricultural industry in the UK have also surfaced over recent years. What the cases in Cheltenham and in the USA highlight is the scale of modern-day slavery. It is said that there are more slaves in the world today than in Wilberforce's time and the vast sums of money to be made is self evident.

As a footnote, Dawood Ibrahim, who is on the international terrorist list and is widely believed to have masterminded the 1993 Bombay Bombings, is heavily involved in organised prostitution and sex trafficking.