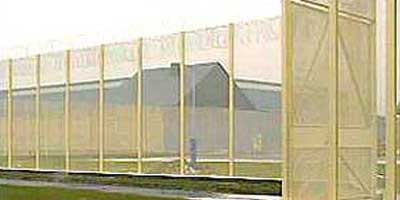 This year’s undergraduate winner of the John Howard Essay Prize 2012 challenges some often unquestioned assumptions that are driving the for-profit takeover of our child prisons.

If there is one photo-essay to see in 2012, it is Richard Ross’s Juvenile –IN-Justice, the product of photographing more than 1,000 juvenile detainees in more than 350 detention facilities in the United States. This follows hard on the heels of last August’s ‘Kids-for-Cash’ scandal, in which a Pennsylvanian judge was found guilty of sentencing children to privately-run juvenile detention centres for a lucrative price. This is the same United States whose use of privately-run prisons was praised by British politicians in the late 1980s before they embarked on their own programme contracting out prisons to private firms. The result: today two highly controversial issues – privately-run prisons and juvenile incarceration – have been combined into one very potent mix.

The philosophical and ethical arguments we face are the same as twenty years ago: should the state contract out punishment of its citizens to privately run firms whose primary motive is profit? Imprisonment is, in Britain, the most serious sanction which can be applied by the state to a citizen who has broken its laws. Should this not therefore be carried out by the state and the state alone? Here a distinction is often drawn between the allocation and the administration of punishment.

The allocation of punishment can never be contracted out; however, could the state’s allocation of punishment not be administered by someone else if that made the process more efficient and effective? This distinction seems somewhat artificial in the reality of prison life. ‘Punishment’ is not a temporally closed concept, but an open one: in other words, punishment is not limited to the moment of sentencing in court, but is an ongoing process throughout a prisoner’s sentenced time.

By regarding private firms simply as administrators, as a private cog in the wheel of state punishment, we are at risk of glossing over the essential ethical issue: the fact that they profit from punishment. If we accept that punishment is a state-sanctioned form of suffering, which continues throughout a prison sentence, then private firms are making gains through an individual’s suffering. The problem here is an unavoidable difference in what the state and private firms aim to achieve. The state profits from punishment, but in the sense that its laws are upheld, and conflicts between private individuals are resolved as fairly as possible in a peaceful way. In sharp contrast, as Barry Sheerman MP said: “a private company is responsible to its shareholders, not for the good of the penal system… there are problems because of the nature of the animal.” (1991 Criminal Justice Bill, House of Commons Standing Committee Official Report).

“a private company is responsible to its shareholders, not for the good of the penal system… there are problems because of the nature of the animal.” Barry Sheerman MP.

Responsibility to shareholders is all well and good in a primarily economic context, but in the social context of imprisonment, a sanction so essential to how we conceive of order, the rule of law, and justice, social priorities are exchanged in favour of economic ones. Private profit becomes particularly acute in the case of children. Article 3(1) of the UN’s Convention on the Rights of a Child (CRC), stipulates that: “In all actions concerning children, whether undertaken by public or private social welfare institutions, courts of law, administrative authorities or legislative bodies, the best interests of the child shall be a primary consideration.” It seems impossible to deny that the interests of a privately run prison do not conflict with “the best interests of the child”.

If we were able to hold to account privately-run prisons, it may be easier to prioritise “the best interests of the child”. Yet proper accountability in both state and privately-run prisons proves elusive, especially in relation to children, for whom there is no set of legally binding minimum standards. The situation has changed slightly with the increasing power of human rights instruments, including the UK Human Rights Act 1998, and the European Convention of Human Rights (ECHR). For example, in 2002, R (on application of the Howard League for Penal Reform) v Secretary of State for the Home Department and Department of Health, challenged the Prison Service policy that the Children Act of 1989 did not apply in prison. The conclusion was that the Prison Service did in fact have enforceable obligations regarding the welfare and protection of children, both at the hands of prison service staff and other inmates. In other words, by being sentenced to time in prison and having their right to freedom of movement limited, children do not forfeit other rights, particularly those extra measures which in any other context the state is obliged to provide for them as a vulnerable group in society.

However, despite this landmark judgement, legal accountability is still thin on the ground. By adding privately-run prisons to a system in which state prisons arguably lack accountability, we expose children to a for-profit sector which may be tempted to cut corners and escape scot-free. Jeremy Bentham realised this back in 1790 regarding plans for his own project, the Panoptican Penitentiary: “contractors are, of all people, the most likely to inspire distrust…such people therefore would be subjected to the most stringent inquiry and the most profound suspicions”. Even if governments ignore the philosophical and ethical arguments outlined above, it is imperative that they provide effective instruments of accountability, especially when profiting from punishment is at issue.

“contractors are, of all people, the most likely to inspire distrust…such people therefore would be subjected to the most stringent inquiry and the most profound suspicions”. Jeremy Bentham.

The greatest difference between the state v privately-run prison debate today, and that of two decades ago, is that we now have experience and evidence of conditions in both. Some would argue that privately-run prisons encourage innovation and efficiency, and the principle of free market competition means the government gets more for less. Profiting from punishment would appear very different if contracting-out had worked like this.

Taking innovation and efficiency first, the nature of privately-run prisons can actually lead to more people being jailed and for longer, the practical outcome of the private sector’s profit motive. This has several important ramifications for children. First, it introduces the potential for prison to be chosen over other forms of juvenile punishment, such as community service, and frustrates alternative, innovative forms of sanction, more suitable for children. Second, there are fundamental reasons to doubt incarceration as a suitable strategy for penalising children. Reoffending rates, self-harm and bullying statistics, all suggest that the UK systematically fails in its avowed aim of rehabilitation. However, any government movement away from incarceration has now become a lot harder with private firms’ involvement in prisons.

As for greater competition, it is notable that there is no great number of private firms stepping up to run prisons, and in fact, where new firms do bid for the contract, they often lack the necessary experience. Without competition, there is less impetus for firms to supply the education programmes and specialist training required for children’s mental and physical health problems. Children have all sorts of needs which prisons must be aware of; for example, prison inspector Nick Hardwick noted that at Serco-run Ashfield young offender institution this year, there are serious problems with the late delivery of juvenile offenders between 11pm and 3am. Where private firms may be tempted to cut corners and make savings, in the context of children’s prisons, the results are far-reaching. There is the potential for an already damaged and disturbed child to have his/her development entirely debilitated, and with it any hope of rehabilitation.

The most sinister part of the same report on Ashfield, was the warning issued about their ‘restraint and control’ methods, based on the use of force rising from an average of 17 times a month to 150 times a month. This follows on from a devastating judgment in January this year, in response to a judicial review case brought by the Children’s Rights Alliance for England, in which Mr. Justice Foskett reviewed restraint controls in privately-run secure training centres, designed for the youngest children with legal responsibility (12+). He ruled that: “The children and young persons sent to [secure training centres] were sent there because they had acted unlawfully and to learn to obey the law, yet many of them were subject to unlawful actions during their detention. I need, I think, say no more.”

Thus privately-run prisons have a poorer record than their state counterparts in terms of child restraint and security, and yet secure training centres house one, if not the, most vulnerable group in the prison system. Combine this record with cost-cutting measures on education, healthcare and transport, and we begin to see the grisly reality of privately-run prisons. This is not to say that there are no problems within state prisons; however, the vested interest the state has in rehabilitating its youngest citizens surely makes it a more preferable body for one of society’s most vulnerable groups.