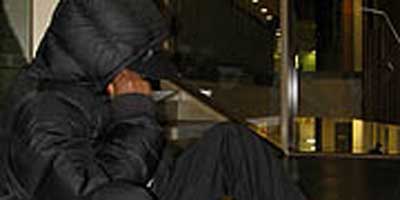 Headliners young reporters speak to a brother worried for his sibling’s life.

"It upsets me knowing he's in a gang" 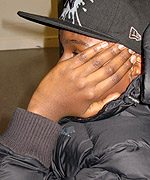 Where did it all go wrong? A young teenage boy who was doing well in school and had hopes of becoming a doctor turned his back on this bright future to follow the path into a south London gang.

His parents unaware and only concerned about his slipping grades left his 14 year old brother with the burden of knowing that his sibling was sinking into a life of crime and violence.

“It upsets me knowing he’s in a gang. He says it makes him feel secure and that makes me sad that he needs to be in a gang to feel secure,” said the older boy.

"He'll be lucky to stay out of prison"

His brother is 13 and looks big for his age. “He doesn’t look anything like me. I’m the smallest of the family. He was kicked out of school and now he goes to a centre. Before that he was a good boy, good at school and never got into trouble. But since he got involved in gangs he’s rude and bad and is getting a reputation with the police.

“I’m worried that the path he’s going down at the moment he’s not going to see 20. He says that he’ll come out of it before it’s too late, that he wants to become a businessman or a doctor, but it’s already too late, he’s got a record and he’ll be lucky to stay out of prison. But he just takes it as a joke.

“There is a perception that young people join gangs because of safety in numbers and that it is like being in a family, but I think he’s in more danger being in a gang. If he wants to be in a group of people he can be with his brothers and sisters. There are eight of us and five are boys. So if he wants to walk with a group he can do it with his siblings. 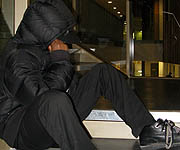 “But I can see the family link to joining a gang. I have friends in gangs, but none of them would ever pressure me into joining them. They leave that up to you to decide. So I guess people join because they are looking for some kind of belonging.

“If I was out with my brother and some trouble started, sitting here right now talking to you, I’d like to say that I would back him up and fight. But at the time it’s totally different. I don’t know if I could. If it was just the two of us, I don’t think he would stick around, he’d run off with me. But I love my brother and I don’t want to see him get hurt.

"I want to take him far from here... he's got good inside him"

“When I get older and have money I want to take him far away from here, somewhere in the countryside and away from gangs. He’s got good inside him, it’s just the environment he lives in that sends him towards gangs.

“He’s good at music and that could be a passion that could take him out of gangs. My Dad asks him to show him some of his spits but my brother always says no ‘cos he thinks my Dad wouldn’t like it.

"If I tried to find my brother a community music project that he could join, he’d bring all his friends from the gang to it.”

Words from an emotionally burdened brother struggling to cope with the upsetting situation his family face. Still with the hope that this family will not be destroyed by the other family. The family of crime.

Headliners UK is a charity which inspires and encourages the personal development of young people through journalism.

Young people are trained to research and produce stories on issues important to them for publication and broadcast in national and local newspapers, magazines, television, radio and online.