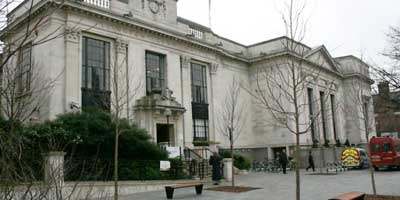 Islington Council has insisted it was following court orders when it paid a religious expert to investigate the possibility of sending a child in its care to Africa for an exorcism ritual.

The authority has refuted reports in the national media this week that it was keen to send the boy – who was under its care – to the Democratic Republic of Congo (DRC) to be subjected to the ceremony at the request of his mother.

Dr Richard Hoskins. Photo: Islington GazetteThe expert in African religion involved, Dr Richard Hoskins, claimed during a speech at a college on Saturday that he was flown out to DRC to investigate in 2004 and that the council only abandoned the plan when he returned with lurid tales of abuse – including beatings and starvation.

Although the council confirmed that it contributed to Dr Hoskins’s trip to the tune of £4,000, it stressed that an abusive exorcism was never on the cards and that they were simply following court orders aimed at ascertaining if the family’s request for a religious ritual was reasonable.

It also said the boy was in the council’s care due to “concerns about his welfare related to his family’s belief that he was possessed by a spirit”.

A spokesman for the council said: “We don’t recognise a number of the claims that Dr Hoskins has made. The council’s concern, as always, was to act in the best interest of the child in our care; to suggest otherwise is untrue.

“Abuse linked to a belief in spiritual possession is rare and in 2004 when this case arose there was no written guidance for local authorities to refer to.

“The court instructed Dr Hoskins, an expert in this area, to consider the case and report back his findings."

She added: “It is unclear why Dr Hoskins says he cannot recall the court’s involvement in this instruction or why he claims the council was ‘mindful’ to give permission for the exorcism or deliverance ceremony when that matter was clearly in the hands of the court to determine, not the council.”

The story has come to light after a talk by Dr Hoskins at the Festival of Education at Wellington College on Saturday when he criticised the council’s handling of the case.

The council confirmed this week that it would be writing to Dr Hoskins to address their concerns.