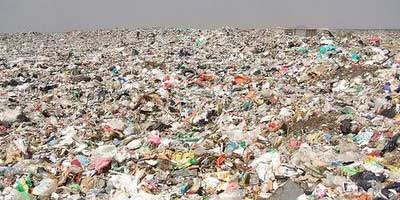 DIRTY nappies will get a new lease of life under a major green scheme which will see them return to the family home as garden furniture, decking and roof tiles.

Parents of newborns will get the chance to divert some of the 450,000 disposable nappies that are thrown out every day in Scotland away from landfill, where they can spend 500 years breaking down naturally.

The Scottish Government announced a pilot project yesterday in four areas of the country, with the aim of tackling one of the biggest waste disposal problems.

The nappies will be sent to England, where they will be blasted in a high-temperature steam cleaner to sanitise them, before being separated into fibrous material and – crucially – the plastic pellets that form the absorbent layer.

It is these pellets which will be broken down further into flakes and then turned into household goods. Park benches, railway sleepers and fencing have also been touted as possible uses, and the fibrous material can easily be recycled into cardboard.

Around 90% of the nappy is recycled, with the remaining waste sent into the sewerage system.

"Disposable nappies, although convenient, do have a huge impact on the environment with a staggering 450,000 ending up in landfill each day in Scotland. This innovative new scheme is a fantastic step forward for recycling and makes it easier for parents to do their bit for the environment.

"It's great that new technologies allow us to recycle even more materials. In this way, we can reuse our waste and treat it as a valuable resource with the potential to boost our economy."

The scheme, which is being funded by Zero Waste Scotland, will be promoted to 36,000 homes in Perth and Kinross, North Lanarkshire, Stirling and Fife, with each area running the pilot scheme differently. Sacks will be provided to parents who chose to take part. Those living in Fife and North Lanarkshire can take the used nappies to recycling centres, with a weekly collection service running in Stirling and Perth and Kinross.

The nappies will then be sent to the Knowaste recycling plant in West Bromwich, the first in the UK, for treatment. The end materials will be sold on the open market for manufacture.

Knowaste plans to create five more centres, including one in Scotland.

The firm said it has the capacity to divert around 36,000 tonnes of nappies and other absorbent hygiene products from landfill every year – enough to fill 32 Olympic-sized swimming pools.

Roy Brown, chief executive of Knowaste, said: "Our plant is a specialist recycling facility, which is the first of its kind in the UK.

"We use new technology to allow us to turn absorbent hygiene products, previously unsuitable for recycling, into valuable plastics and fibres, which can then be used to make new products.

"We are delighted to support the trial collection services in Scotland, which we hope will lead to a wider adoption of the recycling service across the country."

Danny Gibson, from Stirling Council, said the project had great potential in managing Scotland's waste. He added: "Taking such a challenging waste as nappies out of the wastes stream is a real milestone in this journey. If we can recycle nappies, it helps us with our goal of sending minimal waste to be buried in landfill."