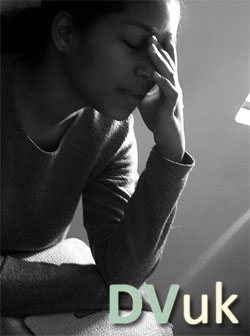 By Natalie Palmer, written as part of a Safeworld Student Writers Project. Feb 2012.

Shockingly, on average, two women a week are killed by a partner or an ex-partner, and these crimes account for a third of all female homicides.

It takes an average of seven attempts to leave a domestically violent relationship; what happens when these women develop the strength to walk away?

And who is there to help them survive?

A 21-year-old woman, “Liz”,  from Buckinghamshire, who endured a violent relationship for nearly two years, spoke to Safe World recently, about her experiences.

“I met him when I was sixteen, he was my ex boyfriend’s mate –  and a drug dealer. After a night out we started texting,” she said.

“Then he moved to Brighton and I was visiting him on the weekend. It was really good because we didn't see much of each other at the beginning; it was the honeymoon period.”

As soon as she told her partner she was pregnant, his behaviour began to change:

“When I told him on the phone, he threatened to run me over, and then when he moved in with my parents, the violence started with a push here and there.”

When Liz was six months pregnant, the violence took a turn for the worse.

“He held me up against a wall by my neck and pushed me out the house. He kicked me in the stomach when I was pregnant, and after my little girl was born, he punched me repeatedly in the head about 15 times. He also punched me with my baby in my arms – and whilst he was holding her on a separate occasion.”

Finding the Strength to Start Over

Liz wanted to leave the relationship for a year, but struggled to find the strength. When she made the final decision, it took her two days to get him out of her life. This was due to the help of her local Women’s Aid in High Wycombe.

“Women’s Aid gave me the advice to get an injunction and I called them and got it two days later,” she said.

“They were very helpful, listened, were very calm, and not judgmental or anything. They told me they would ring a solicitor and they'd get back to me. They did so later that day, and organised a court date and time.”

She also sought solace from the support group The Freedom Programme. The Freedom Programme is a 12-week programme that provides information to those who have suffered domestic abuse. The programme aims to show the effects domestic violence may have on children, as well as helping survivors develop the ability to recognise abusers in the future.

Most importantly, it helps women to develop their self-esteem and confidence so that they can learn to live normal lives.

Will Government Leave Women Out in the Cold?

It has recently been suggested that women’s support charities will be the latest victims of government cuts, with funding being reduced from £7.8m to £5.4m.

Women’s Aid has to turn away an average of 230 women daily because they don’t have the facilities to offer refuge to all of them.

In Devon, there have been cases where victims of domestic violence have been left without any crucial support. This is because the Devon County Council has suggested that all funding will be cut.

The government claims to be ‘committed’ to ensuring that all victims of domestic violence have somewhere to go for help, but they have also argued that there are ‘difficult financial circumstances’ surrounding this area.

Devon Domestic Advice and Abuse has drawn up a list of how these potential cuts will affect those involved in domestic violence, which includes the fact that children will learn abusive behaviour -- and may consequently become abusers in future.

Will the women who pluck up the courage to leave dangerous relationships always have somewhere to go?

Or will the government leave them out in the cold?

These brave women need the help of charities like Women’s Aid and The Freedom Programme; one can only hope that the government will give serious consideration to the plight of abuse victims. 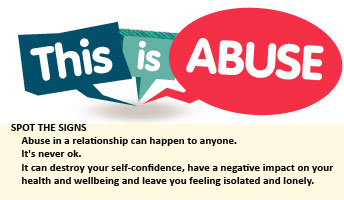