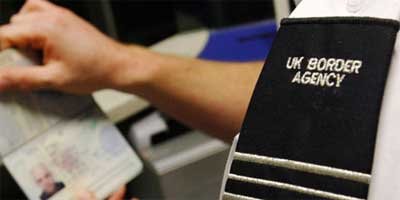 The report from Islington-based charity Asylum Aid claims that a “culture of disbelief” exists among staff at the agency, which results in female asylum seekers not being believed when they say they have been raped, despite suffering from post-traumatic stress disorder.

Russell Hargrave, spokesman for the charity, said: “It amounts to institutional sexism really.

There have been cases where women have been traumatised, and they have said there were seven attackers because they were still in shock and couldn’t remember an exact number.

Then in the second interview they said eight.

“That’s a common symptom of post-traumatic stress disorder, but their asylum application has been rejected, even though they have physical injuries and are still suffering the mental effects of rape.”

The report says asylum claims could be rejected if women interviewed in front of strangers were unwilling to talk about a sexual assault.

One woman who had fled sex traffickers was asked how many men she had slept with, and women in immigration detention were not guaranteed female guards or other minimum standards available to women in UK prisons.

Last year, the charity, based in Upper Street, worked with eight asylum seekers living in Islington.

One woman was finally allowed to stay in the UK last February, but for the previous four years the UK Border Agency had refused to believe she had been raped in Ethiopia, though she had scars all over her body.

“I was terrified to go back,” she said. “I was living on the streets, anything so I wouldn’t have to go back. But they didn’t believe me. I was very depressed.

“Because of this I had to wait years to start rebuilding my life.”

A UK Border Agency spokesman said: “All asylum applicants are treated with sensitivity by our staff.

“However, we recognise that women may face particular and unique forms of persecution.

We have a range of measures in place to support them, such as having female interviewers and interpreters for women applicants.

“We also allow women to bring a friend or advocate with them to interviews to provide emotional and medical assistance.”

Asylum Aid was founded in 1990 to provide desperately-needed legal representation to those fleeing persecution abroad.  We have provided legal advice to more than 30,000 people in the last twenty years, and we are committed to continuing this work.