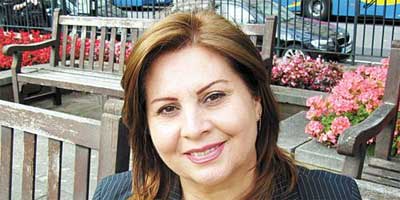 A case adviser at the charity, who did not want to be named for fear of reprisals, who deals with Farsi and Turkish speaking women, said: “For each battered woman, I contacted three different refuges, and they each said they had space but couldn’t afford to hire a translator.

“We are getting a number of extremely vulnerable women, many who have been beaten by partners and whose lives are in danger. But they are not getting the help they need because translators are being cut due to lack of money.”

A major new report reveals 31 per cent of funding to the sector had been cut by local authorities in the last year. Charity Women’s Aid said they were turning away 9 per cent of women fleeing abuse due to lack of space, that amounts to 230 women a day.

An advice co-ordinator, who works in Arabic and Kurdish, said watching women rejected was “heartbreaking”.

“There is a window where you have to get them out, where they have the courage to get out,” she said.

“If you don’t do it then, they may never leave and could be killed.”

She recalls one caller. “She told us she couldn’t contact us again because she was scared her husband may find out if she continued with us much longer.

She cried over the phone, and told us she had lost faith in the system, and she had nowhere to go.

It was very difficult to hear, and we won’t forget it.”

IKWRO say they will be contacting other charities to discuss the issue, and find a solution. 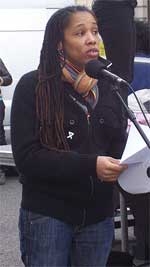 She says funding cuts have long impacted specialist services for BMER women, including women who do not speak English.

“When women do not speak English they face significantly more barriers to accessing support services. They therefore end up being made even more vulnerable,” she said.

“They can’t just phone the police and talk, or pick up the phone book and search for places that will help them.

They rely on society doing the decent thing – helping them escape violence. A lack of interpreters, and appropriate services, means society is failing in that responsibility.”

“It isn’t the fault of the individual refuges,” said Diana Nammi, director of IKWRO.

“We are seeing a trickle effect. Central government thinks bankers’ lives are more important than women’s lives, so they give money there. Refuges don’t have the money in north London, so they have to turn women in the borough away.”

One in four women will be victims of domestic violence in their lifetime – many of these on a number of occasions.

One incident of domestic violence is reported to the police every minute, and two women are killed by a current or former partner every week.