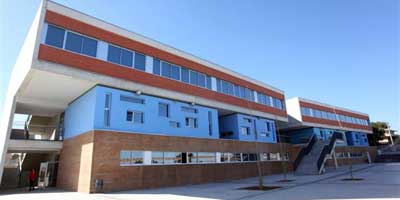 Spain has pushed through a series of tough austerity measures since 2010 that was meant to reduce its deficit - and it's the women and children who are being hit the hardest.

“Bankia is making off with our taxes that should be for our nation’s children”.

Unhappiness over the economy brought down the government of  José Luis Rodríguez Zapatero, and in December 2011, Mariano Rajoy was elected into office.

When Mariano Rajoy’s conservative government won the elections, no one expected that they would backtrack on their election promise to leave intact the funding for public education and health services.

However, in April 2012, savage cuts to both sectors were announced. The amount was an eye-watering 10 billion euros in attempts to reduce the Spanish government's debt. These additional cuts to education and health are “by far the most controversial of the Spanish’s government’s austerity programmes,” said Tom Burridge, of BBC Madrid.

A month later, as the population was still reeling from the decision, news broke that this money had, in fact, gone to bail out Spanish bank Bankia.

The Most Affected: Women in the Workforce

According to the latest Survey of the Active Population, or EPA, which was released in April, in the first three months of 2012 some 374,300 people lost their jobs, bringing the total number of unemployed in Spain to 5.64 million, or more than 24.4 per cent of the workforce.

The services sector, composed of education and healthcare, and comprises 53% of women employed in Spain. These cuts directly affect over half of the female working population. In the last quarter of 2011, the sector registered 305,700 job losses, by far the highest of any sector, and more have recently been announced.

This has lead to a series of protests across the country, against austerity cuts for education and healthcare sectors.

Teachers Tell of Their Experiences

I spoke with two teachers about their experiences, to give an insight into the situation of women working in education.

Laura and Amèlia live and work in Valencia. They teach primaria, children between 6 and 12 years of age. Laura teaches engineering, having trained as an engineer and then made the move into teaching seven years ago. Amèlia has been teaching Spanish for 15 years.

Upon the announcement of the government cuts, one opposition politician called them “the worst attack ever on the welfare state”.

The reality, according to Laura:

'Wage cuts of €100 a month, despite a planned increase in September to make up for pay freezes over the past few years, alongside higher taxes and increased hours. We’re working many more hours for much less money.

Teachers have more subjects, including several outside their fields of training. The cuts will also see class sizes  increase dramatically, “like sardines in a can” because teacher numbers have fallen. University fees are set to rise by 15%-25%.

Amèlia explains that their current wages have regressed to those of 12-15 years ago, while living expenses go up almost exponentially. Taking into account the higher taxes, they now take home considerably less money. Meanwhile, those employed in the private sector continue to out-earn them. “We’re paying for politician’s errors” she said.

Lack of heating in schools

She also talks about the effects of funding cuts on the materials needed for schools, such as the lack of paper for photocopies or central heating.

These may seem like “little things”, but she explains that they used to be available; however, now the children no longer have the simple materials they need for their classes.

Extra help for students with special needs has also been cut, but with increased classes of 35 students, it is harder than ever to attend to their needs. On top of that, the government has drastically reduced the number of students entitled to lunch vouchers, meaning that children coming from disadvantaged homes will no longer be entitled to a good meal for free at school.

Under the current climate, what was once a job for life has become much more uncertain.

Laura admits that her job security means she has no savings. But as government cuts begin to bite, she has found herself with less money and less freedom, trying to cut her own expenses in case the worst happens and she is made redundant.

The future looks ever more unstable for the millions of Spanish women who work in the services sector, who are drawn to it for its female accessibility. Their gender is not entered on the anonymous entrance exams until after they are marked, meaning that places are given on merit, and equal pay is automatic.

Amèlia, however, says that in the past, decisions about the school and its teaching syllabus were reached by consensus with everyone involved, but today, more and more of the education system is being dictated by decrees.

“A good health system and good public education are the pillars of a good country. In Spain, we are losing them”, says Laura. She thinks this is due to the government's attempts to bring the profession into disrepute by making them into scapegoats for political anger.

By setting them up as opponents to reform and change, she feels that the government has manipulated public opinion against them, portraying them as lazy workers who have too much time off and don’t really care about the children they teach.

“It affects morale”, she says, adding that it created less public resistance to the spending cuts.

Most of the repercussions from the cuts have yet to be introduced, but Amèlia points out that her students are already feeling the effects.

“The information they receive, growing up with these cuts, it affects them on an emotional level” she says. She explains that it leads to “hopelessness” and “sadness” as they become aware of the negative changes happening around them.

“They can’t see a future”

Laura agrees, saying that the cuts will affect the girls of the future generation more. The crisis is exacerbating the macho world. She explains that she went into teaching because when she was a student, some of her teachers really helped and inspired her, and she wanted to give other young people that same feeling.

However, it’s more difficult when the government spending cuts are decimating the public education system

“Bankia is making off with our taxes that should be for our nation’s children”.

Emily Wassell is a Safeworld Student Writer. She is studying French and Spanish in the UK.

"Growing up with a feminist mother, I have always been interested in women’s rights, so focusing on their representation in film and literature from Spanish and French-speaking cultures has made me more acutely aware of the differences between cultural beliefs regarding women. This prompted me to explore how women are perceived and treated – and what I found out made me want to help advance the cause that so many brave women have died, and continue dying, for their rights...

I hope to raise awareness of the oppression of women all over the world, and in doing so, encourage other people to be part of the change with us."