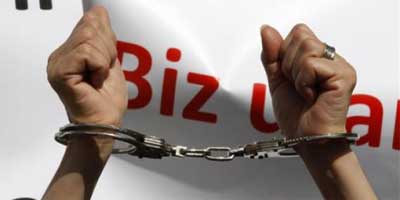 Women’s rights activists have criticised the Turkish government over a new domestic violence law which they say was watered down before it was passed on March 8.

The new legislation was intended to strengthen a 1998 protection law for women victims of domestic violence. 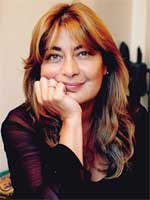 Rights activist Pinar IlkkaracanOver the past 15 years, activists protested against the law, saying it was too weak to properly protect the victim due to its partial focus on the rights of the woman’s family, according to Pinar Ilkkaracan, co-founder of non-governmental organisation (NGO) Women for Women's Human Rights (WWHR) in Turkey.

The new law was expected to shift the focus onto the rights of the victim and to be more easily implemented, said Ilkkaracan, who mobilised a grassroots coalition of 237 women's groups in Turkey called “Stop Violence Against Women” to lobby for the improved legislation.

Changing its title to “The Law to Protect the Family and Prevent Violence Against Women” has diluted it by placing the focus on the family again, Ilkkaracan said.

“There is nothing new in this law," she said. “You can't protect both the family and the woman – it is an oxymoron – it's very contradictory,” she added.

Ilkkaracan said the government was under pressure to "do something good," but added that "the new law is not able to prevent violence against women or even women's murders."

The 1998 law centred on the use of court protection orders to prevent the perpetrator of domestic violence from approaching a woman he has abused, said Ilkkaracan, who has fought for 25 years to stop violence against women in Turkey, Germany and as an activist at the United Nations (U.N.).

“That law was passed in the spirit of domestic violence laws of the time,” Ilkkaracan said, adding that Turkey was among the first 15 countries to pass a protection-order law.

Instead, anti-violence legislation should be holistic and include mechanisms to improve  implementation, and should address such issues as sexual violence and sexual harassment to help women.

In most criminal cases physical evidence is required to impose protection orders, but domestic violence cases have a special dynamic.

“In many domestic violence cases when she calls the police there is no evidence,” Ilkkaracan said. “Very unfortunately, it was changed in parliament – the present law is again asking for evidence.”

There may not be physical evidence if a woman calls the police after being threatened by her abuser, Ilkkaracan said.

The new law institutes mandatory arrest for perpetrators of domestic violence who violate protection orders or threaten a woman's life – a controversial way of confronting domestic violence because it can be detrimental to women, Ilkkaracan said. Negative consequences for the man can result in the woman being accused and blamed for doing something wrong, Ilkkaracan said.

“She will be accused and pressured from all sides that she has done a bad thing,” Ilkkaracan said. “The next time she is beaten up she won’t call the police, she’ll be frightened.”

At times, if the woman fights back in self defense, both her and her attacker can be arrested and taken into custody.

Implementation, which was always a weak part of the proposed law, was also changed shortly before the new bill was passed into law, Ilkkaracan said.

And the government significantly reduced the number of shelters for women it had planned to set up, she added.

“It really shows they are joking,” Ilkkaracan said.

Almost 40 percent of women in Turkey, which has a population of almost 74 million, have experienced physical violence in their lifetime from an intimate partner, according to statistics compiled by UN Women, the U.N. agency tasked with promoting gender equality and the empowerment of women.

UN Women, which doesn't have an office in Turkey, declined comment on the new law.