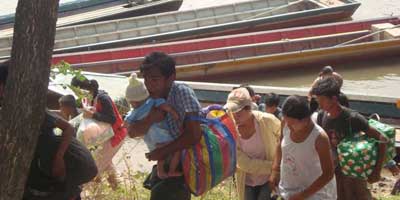 Following the controversial elections in Burma, the simmering conflict on the Thai Burma border between Karen soldiers and the Burmese Army once more threatened the peace and security of thousands of civilians living in the region.

In one day up to 15,000 men women and children fled across the border into Thailand.

Pictures sent to Safe World from our contact, WEAVE, in the area give a glimpse into the sufferring the violence and uncertainty causes.

"We are all fine. Currently, the staff are in Mae Sot town extending immediate support. As of this morning, we've heard that the number of people from all the border crossing points have now reached 20,000. As of this writing, an on-going fighting is happening in another border town where between 2,000-3,000 people have arrived in the Pophra district, Thailand."

Most recent update, around 15,000 persons fleeing from fighting were sent back around 10.30 this morning back to Myawaddy. We heard that the Burmese military (SPDC) pressured the Thai army to bring back the Burmese nationals. The movement was too quick and unfortunately, we didnt get official confirmation about this. We are dont know what will happen next.
For now, we are anxiously awaiting for more news. We are very saddened about this. 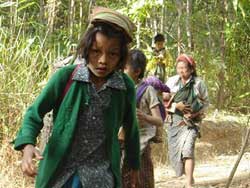 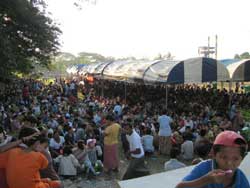