'My Uncle Abused Me - My Aunt Said I was Wicked' 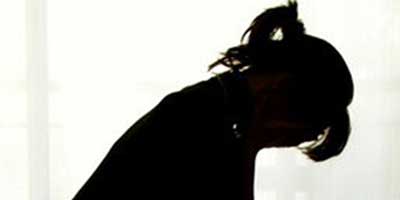 By Asma Khan | The Guardian

"I discovered I'd got it all wrong, that in the Qu'ran it says people like Uncle are the sinners... All that time, Uncle had used religion against me and I had let him."

Asma Khan grew up in Britain in a traditional Muslim family. She was excited about visiting Pakistan for the first time, aged 11, for a cousin's wedding. But her experience was horrific, and made her wary of family and faith

If you ask any Pakistani what holds us together, they will say family and faith, but what they won't tell you is that family and faith can also tear you apart. That's what crossed my mind as I sat, holding a photo of a dark-skinned, dark-eyed little girl. I have the photo turned over; I cannot bear to look in her eyes, even though she's done nothing wrong. It's because if I do, I will see the eyes of her father, my Uncle. The last time I saw Uncle, I was 11 and it was my first visit to Pakistan.

I was small and skinny and had yet to show any signs of turning into a woman, either physically or emotionally. I had little knowledge or interest in adult relationships, and things like that are rarely discussed in Asian families.

Although we knew nothing about sex, we all knew about shame, purity and family honour. We have just one word for it in our language, izzat. While there are dozens of words in English to describe its different facets, there isn't an equivalent. Ultimately, it means the worst sin is for a girl not to be pure – in other words, a virgin – before marriage.

Like most of my friends in the UK, our parents were, ironically, much stricter than those of our cousins in Pakistan. They were paranoid about us becoming too westernised, so they kept us cocooned at home. Culture became our religion, and most of our parents were fundamentalists.

Some days I'd be watching TV, and a romantic scene would come, and it would trigger a lecture from my mum. "It's OK for English people, but in our culture we don't have boyfriends, and you are having an arranged marriage, OK?" Sometimes I felt guilty of something before I had done anything.

One day I came home from school and my mum was talking excitedly on the phone in Punjabi. Her youngest sister's marriage had been arranged, and we would be going.

My parents hadn't been able to afford to return home for years, so my mum was excited about seeing her family, and I was looking forward to seeing the place where she had grown up. I was drawn by her wistful expression as she talked about stealing sugar cane from the fields, and holidays near the mountains. I was a misfit at school, and dreamed that I, too, would find somewhere I could belong. My mum's fantasy had become my fantasy also.

There is no more exciting place for a girl to be than Karachi in the run-up to a wedding. I was excited about wearing traditional wedding clothes for the first time, and my mum glowed with happiness as the sister of the bride.

The first ceremony, the mehndi – or henna party – was what we were most excited about, because that is when everyone dances, and the bride's sisters compete with those of the groom to see who can sing the loudest.

To prepare for the mehndi, we had parties called dholkis – after the dholki drum – which the girls played as the rest of us sang wedding songs from the latest Bollywood films. We used henna paste to decorate our palms, the muddy trails leaving pretty, spider-web patterns on our hands the next day.

A week before the wedding, Uncle arrived. On the death of my grandfather, Uncle had taken responsibility for the family and never married. He worked in the Middle East, successfully educated his brothers, and married off his sisters in respectable homes.

He was a large man, dark skinned, with a small beard. Always in white traditional clothes, with prayer beads in hand, he was able to quote lines from the Qu'ran on any subject.

He often cornered me to talk about religion, and how girls growing up in the west were already halfway down the road to sin.

My family was not particularly religious, and Uncle spoke with such authority that I thought Allah was hanging around waiting for me to mess up and prove what everyone suspected all along.

On the night of the mehndi, I fell ill. My cousins were upset that I wouldn't be able to join in and my mother said she'd take me home, but we could tell she was disappointed. "Don't worry," said Uncle. "Mehndis are for women. I will take her home."

It felt strange being at the house alone with Uncle. It had been so full of people and activity, but now it was silent. Uncle told me to undress for bed and he would check on me later.

I was half asleep and barely noticed him come in. He sat on my bed and placed his hand on my forehead to check my temperature, then began stroking my hair.

As he did so, he talked softly, his voice caring, yet menacing, like honey on a serpent's tongue, and his breath smelled sour, of old cigarettes. I felt scared, but didn't know why. My heart was beating swiftly and I couldn't breathe. He began to caress my back, then his hands slipped under my clothes ...

When the call to prayer echoed from the mosques at dawn, he said it was my fault for tempting him, and I would go to hell. Then he left to perform his morning prayers.

I spent the following day in a daze. I kept thinking I could feel Uncle's touch, like insects crawling over me, and showered over and over again, but no matter how hard I scrubbed, the feeling wouldn't go away.

During the day, he always seemed to be angry with me and I felt like I was walking on eggshells when he was around. Every time I looked up, his eyes were following me. As everyone excitedly dressed up in their sparkly outfits and shared jokes, I was at the edge of the happy picture, not quite a part of it. It was hard to pretend to smile when I knew, as each hour passed, it would be night again and he would return to my room.

Eventually, two days before the final ceremony, I told my cousin Nadia everything. Though I swore her to secrecy, she told her mum. Nadia's mum dragged me downstairs, hissing angrily that I was a wicked girl, and I burst into tears, partly of fear and partly of relief.

My mum couldn't process what had happened and began wailing loudly as her sisters held her. Another aunt asked me if I was a virgin because if not, they would have to marry me off straight away, so I lied and said he had only touched me. Although my aunts were sympathetic, I could tell by their eyes that they were relieved that it wasn't their daughters. I think my mum could tell too.

That night, the elders talked about what to do, but everyone seemed more worried about protecting the family's honour than what was best for me. They worried that any scandal could ruin Nadia's chances for marriage. Everyone decided the best thing would be to pretend it never happened and never to talk about it.

When we returned, my dad hugged us at the airport, thinking we'd had the time of our lives. Looking back, I wonder if he sensed my mum's unhappiness. But I couldn't get the memories out of my head. I couldn't tell anyone because I was ashamed. I stopped writing my diary because the words felt too dirty to be put on the diary's clean pages. My school work suffered and my friends thought I was moody. There was a guy in my class who liked me, but I was horrible to him. Once he touched my shoulder in the canteen and I shouted at him in front of everyone.

At university I became friends with a girl who wore a hijab, who told me she had been abused. I told her what had happened to me and asked how she could stay devoted to her faith after a thing like that. She told me it was her faith that had got her through. I discovered I'd got it all wrong, that in the Qu'ran it says people like Uncle are the sinners, and in Allah's eyes I was as chaste as a virgin. But nobody ever tells you that. All that time, Uncle had used religion against me and I had let him. My mum became less strict too. What had happened to me had unlocked a repressed memory she had of an uncle abusing her too. She also said she believed me from the start, and regretted not confronting her brother.

I heard rumours about Uncle over the years, that he had reluctantly had an arranged marriage to a woman much younger than him. My aunts and cousins all knew what he had done, but they all still danced at his wedding and painted their hands with henna.

After I graduated, my parents also arranged a marriage for me. Though it was a traditional setup, my husband was brought up here, and he's kind and gentle so we get on well. I am certain he suspects, and has for a long time, but he doesn't ask and I will never tell.

Asma Khan is a pseudonym