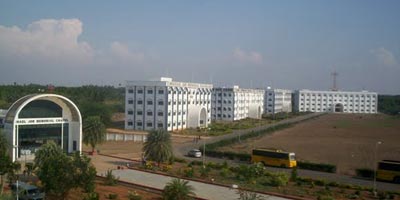 In the suburbs of Coimbatore at Sulur, the first thing that one notices in the impressively walled Michael Job Centre is the sheer enormity of the complex.

There is a school, a post graduate level college and an orphanage in the sprawling premises housing some 500 girls that the organization claims are abandoned or orphaned children of Christian martyrs.

The last thing one would expect to find there are young girls from the remote Nepali district of Humla. But there they are, all 23 of them with Christian names living for the past nine years here as orphans despite having parents back home.

They were rescued from the centre last week at the initiative of the Esther Benjamins Memorial Foundation (EBMF), Nepal, ChildLine India and the Child Welfare Committee (CWC) at the state of Tamil Nadu.

EBMF got into action when the families of four girls from Humla requested them to find their missing daughters. The parents of the girls had sent them along with their brothers in the care of Dal Bahadur Phadera, a local politician.

Many families in Humla had paid Phadera Rs 5-20,000 to get their children out of war-ravaged villages at the time and educate them in boarding schools in Kathmandu. The boys are still in the institution run by Phadera, but the girls, between 3 to 7 years old, were taken away nine years ago. Their families never heard from them.

When rescued, many girls didn't remember their parents' names or where they came from.

They have been given Christian names and identities.

An emotional Anna Bella breaks down at seeing her aunt

False claims to get donations from Christians worldwide

In the website of Michael Job Centre, the girls are falsely depicted as children of Christian martyrs in Nepal murdered by Maoists. The Centre runs on the donations given by Christians from all over the world for 'orphans'.

In one of the pages of the website was where we first saw pictures of Anna Bella, Daniela, Persius and Jael (Christian names given by the centre, original names withheld).

Their mother and brother had made a three days journey from Humla to join us in Kathmandu for the trip to Coimbatore in India's southern tip. Persius and Jael's mother Shangmo Lama had never been in a car before. After a long and tiring journey to Coimbatore, a frail Shangmo smiled for the first time when we stepped inside the gate of the Centre to get back her daughters.

She had waited nine years for this moment.

At first, the principal of the centre flatly denied having any Nepali children at the centre. But she was forced to accept having illegally kept the girls as orphans when the photos of the children and the mother were shown.

Outside, a very Nepali looking girl's face stopped me. After few exchanges in English, I asked if she was Nepali. The girl's face brightened up. Lynsy then gave me her Nepali name, informed there were now 23 of them left in the centre and that they have not forgotten to speak Nepali. Soon the news spread of the team from Nepal and Nepali girls surrounded the principal's office.

There was noisy chatter and a sense of jubilation in the office. Some of the girls were seven years old and all had parents and families back home and hadn't heard from them in all these years.

It was an emotional scene when Shangmo met her girls, who at first failed to recognise their mother. But her brother's daughter Daniela instantly recognised her aunt.

Job, the centre's founder has denied having known that the children had families in Nepal. The self-styled Christian preacher has alleged that the children were brought to him by Phadera and that the center has only provided good education and living to these underprivileged children.

"It is illegal under the Indian law to bring children, orphaned or not from Nepal to India, and house them in an institution here. It is a clear case of trafficking," Nandita Rao, Childline's lawyer told Nepali Times.

The Centre is now under investigation by the social welfare department in Tamil Nadu and has been given 15 days to furnish details and prove that it was not involved in child trafficking.

On Monday, 500 activists from different Hindu organisations staged a protest outside the orphanage accusing it of proselytizing.

"Poor countries are turning into a missionary haven for religious zealots and this has led to a new form of trafficking," says Philip Holmes of Esther Benjamins Memorial Foundation.

The girls are now on their way home by train via Gorakhpur.

The girls had kept the memory of their home country alive for nearly a decade, and were full of pride as they sang the Nepali national anthem for the rescue party from Nepal. They had memorized the words from the mobile ring tone of a Nepali visiting the center.

Said an ecstatic Sabita Bogati: "I want to go home. I would not mind walking all the way to Nepal."

EBMF is now preparing to file charges against Phadera for trafficking. In India, child rights organisations have taken up the issue and are now planning to bring PP Job and his accomplices to book.

Efforts to repatriate children trafficked from Tibet and Bhutan who were also kept in the centre are now underway. But even if the children are reunited, their lost years, separation from parents and loss of identity will never be returned.

For decades, Nepali children, mostly girls, have been sought by Indian circuses for their fair skin and beauty.  Often sold to traffickers by their parents, the children are enticed with stories of beautiful new clothes, a glamorous and exciting life, the chance of an education and a regular wage.  …

The Esther Benjamins Trust rescues Nepalese children who have been trafficked or displaced into India - including many who were sold into Indian circuses and forced to work as performers.

They offer refuge and rehabilitation to rescued children and young people who cannot be returned to their families for fear of being re-trafficked. Refuges are offered access to a full education and a range of vocational training opportunities.

There are currently 131 vulnerable children in the Trusts full-time care.

Who was Esther Benjamins?

Esther Benjamins was an eminent judge with a prevailing sense of duty to protect vulnerable children. She took her own life in January 1999, citing childlessness in a single-line suicide note explaining her reasons to her husband Philip Holmes.

Philip resolved that something positive should come from the tragedy and decided to honour Esther’s memory by forming a children’s charity bearing her name to perpetuate her values and offer hope to vulnerable children.

Nepal was an obvious area of focus for the Trust, a country that had always been close to Esther and Philip’s hearts while the couple lived and worked alongside many Gurkha families during Philip’s successful career as a Dental Officer in the British Army.

Esther expressed a keen desire to visit the country and find ways to transform the lives of the most innocent victims of its chronic poverty - its children. While she never realised those dreams in her lifetime, The Esther Benjamins Trust is dedicated to achieving them in her memory.