India: Women to Turn to Surrogacy and Drug Trials to Escape Poverty 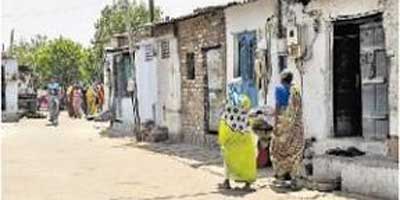 Living dangerously is nothing new for a majority of the women of Ward 56 of Amraiwadi area (of India), even if the risks that the women take are merely to escape the poverty that bedevils the locality.

More than 70% of the women in Amraiwadi are forced to make ends meet either by donating blood for money or by volunteering to be guinea pigs for pharmaceutical companies.

Among the medicines for which clinical trials are conducted on women volunteers from the area are drugs for treatment of comatose patients. If they recover from the artificially induced coma, they can hope to earn as much as Rs1 lakh. If something goes wrong and a volunteer does not come out of coma, she gets nothing unless her spouse has been informed from before.

The women have a third, equally hazardous, option and, that is, to become surrogate mothers for wealthy foreign couples who cannot have children.

The recent incident in which a 36-year-old surrogate mother died in the eighth month of pregnancy may have shocked people and made them aware of the medical risks involved in this ethically suspect activity. But for a majority of the women in Amraiwadi surrogacy offers them a way to earn money to pay off debts, medical bills or sometimes simply the expenses of a large family.

They disregard the medical risks involved merely for the money that surrogacy offers.

The estimated population of Amraiwadi Ward No 56 is 92,000. Purshottam Parmar, who runs an NGO, RAAH, said that 70% of the people in this area - that is around 64,000 individuals - frequently adopt risky ways to earn some money. Parmar's NGO has been working with the poor in the area in an effort to try and stop them from volunteering for dangerous work.

"Three years back, around 40-50% of the population of this area used to earn their livelihood by accepting dangerous work. Their numbers have gone up and now nearly 70% donate blood, volunteer to serve as guinea pigs for pharma companies or become surrogate mothers in an endless battle against poverty", he said.

Parmar further said that the poor in Amraiwadi comprise dalits, Vagharis and migrant workers from UP, Bihar and other states. They are largely in the unorganised sector and are daily-wage earners. They live in rented houses for which they pay a minimum Rs1000-1500 per month.

As for the women, they work either as housemaids or as cooks for families living in nearby localities, Parmar said. However, cooking as an option is available mainly during the wedding season when a woman can expect to earn Rs200-300 on a daily basis. Some women make incense sticks at home or do stitching work. Some survive by rag-picking. But the earning from none of these occupations is enough to run a family of four or five, said Parmar.

"Most women have six mouths to feed - husband and wife, two children and parents. Since the men are employed in the unorganised sector, they get work only for 20 days a month, earning Rs100-150 daily. The men spend most of their earnings on liquor, gambling, ghutka, and the like. Hence their women have to earn to sustain their families," Parmar said.

Of the people from the area who volunteer for clinical trials of new medicines, most are women. However, youths in age group of 25-30 years have started volunteering for these tests to pay for expensive bikes, hi-tech mobile phones and other gadgets. "For clinical trial of safer medicines, women and youth are paid Rs8000 to Rs10,000 and, more often than not, their families are not informed about the tests. A person who volunteers for trials of HIV or cancer medicines is paid anywhere between Rs15,000 to Rs30,000," said Parmar.

He further said that the biggest earners are women who volunteer for tests of medicines used to treat comatose patients. "For such tests, the volunteers have to stay in Mumbai for six months. If they recover from the artificially induced coma, they are paid Rs80,000 to Rs1 lakh. If anything goes wrong during the test and a volunteer does not come out of coma, she gets nothing unless her spouse has been informed from before. Then the spouse is paid money to keep him quiet," said Parmar.

Surrogacy is becoming common among women of Ward 56. Parmar said a surrogate mother is paid Rs1 lakh to Rs2.5 lakh for bearing a single child. If she gives birth to twins, she can ask for any amount she wants, said Parmar.