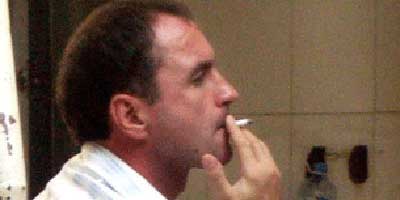 Cambodian authorities are working with Moscow to deport a notorious Russian paedophile arrested this week with an underage girl just months after he was pardoned by King Norodom Sihamoni following his conviction of sexually abusing more than a dozen Cambodian girls.

“Alexander Trofimov is being detained temporarily under our authority. The Ministry of the Interior has decided to expel him,” Minister of the Interior Khieu Sopheak said, amid talks between Cambodian officials and the Russian Embassy.

Trofimov was arrested in 2007 in Cambodia's largest-ever paedophilia case. He was convicted of buying sex from 17 girls between the ages of six and 13 and sentenced to 17 years in prison, but later had his sentence reduced to eight years by an appeals court.

In December last year he was pardoned through a royal decree following a government request made to the king through Cambodia’s council of ministers and released from jail.

Since then, Khieu Sopheak said, the Russian national, also known as Stanislav Molodyakov, had been under police investigation and was arrested on Monday after he had been found to be living with a 12-year-old girl in Kandal province’s Ponhea Leu commune.

An order for his deportation had been issued in March, but authorities had been unable to arrest him until Monday.

The Cambodian government will add Trofimov to a blacklist which will ban him from entering the country in the future, Khieu Sopheak said.

Russian Embassy officials refused to comment about the extradition when contacted by RFA. The businessman is wanted by Interpol for raping six girls in Russia.

Deputy National Police Commissioner Sok Phal said a Russian Embassy representative had already met with Trofimov at his detention center at the Department of Immigration.

Cambodian officials are waiting for the embassy to issue an extradition document so that authorities can return him to his country, he said.

“We want to extradite him quickly, otherwise our authorities will be responsible for his food and security,” he said.

“This measure will ensure the security of our children in Cambodia,” he said. “If he were allowed to stay in Cambodia, hundreds of victims might fall into his hands.”

Before his arrest in October 2007, Trofimov was chairman of a Russian-led investment group developing a Cambodian tourist island.

He led Koh Pos Investment Company, which in 2006 received permission to build a U.S. $300 million resort on Koh Pos, known also as Snake Island, off Sihanoukville in southern Cambodia.

Trofimov was one of the higher profile cases in recent years in Cambodia's efforts to crack down on pedophiles, but despite being wanted in Russia in connection with child rape allegations, Cambodia's Court of Appeals rejected a request by the Russian government to extradite him.

He admitted to sexually abusing 16 of the girls and apologized to his victims and the Cambodian people during a hearing in 2010.

Anti-human trafficking groups had expressed dismay over his December release, saying it would set a bad example for criminals.

At the time, APLE’s Samleang Seila told RFA that even though freeing Trofimov was "legal," it would set a bad example in Cambodia, adding that it sent a “weak message … that serious offenders receive light punishment.”

Trofimov was one of more than 300 inmates held in prisons across Cambodia who was either released or had their sentences reduced after receiving a royal pardon.

Dozens of foreigners have been jailed for child sex crimes or deported to face trial in their home countries since Cambodia launched an anti-pedophilia push in 2003 in a bid to shake off its reputation as a haven for sex predators.