Noorjahan Akbar: My Trip to Kunduz 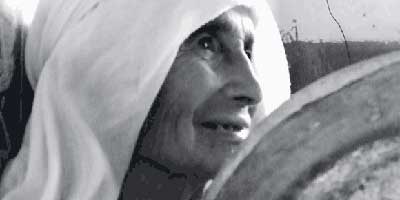 Noorjahan Akbar: My Trip to Kunduz

Noorjahan was born in Kabul, Afghanistan, in 1991. She dreams of living a life dedicated to promoting and providing education to women in Afghanistan.

In the summer of 2009, I was given a grant by German Technical Corporation to conduct field research to gather and record traditional Afghan music, with a focus on women's music from Badakhshan, a province on the northeastern tip of Afghanistan. I spent nearly three weeks in Badakhshan until I decided to expand the project to Takhar, the province on the northern border to the west of Badakhshan, which was closer to Kabul, where my family lived.

After a week of researching women's folkloric music in various parts of Takhar, my aunt, who thought I was overworked, decided to take me out to see the countryside. "The village we are going to is called Shoraab," she said. "It actually belongs to Kunduz but the people are more like Takharies." Kunduz is the province on the northern border to the west of Takhar. It was a long, bumpy, and dusty ride, but the views were beautiful, with wheat-covered hills and farmers in fields alongside the road. Golden hills proudly shone under the sun.

After about an hour, we reached a thorn field. My uncle told me how the Taliban, after arriving in this area, made male residents of the area walk over the thorns and then shot them. "These thorns grew drinking human blood," he said. I did not know how to react to the horrifying image these words painted in my head. Silently, I looked at the thorns, most of which were my height. They scratched our car as we drove down the narrow path.

The scratching sound brought to mind an image of long-bearded, black-turban-wearing men pushing 14-year-old "men" into the thorns that boldly pierced their young bodies as they closed their eyes in the childish hope that they would no longer feel pain.

Suddenly our car broke down, and the torturous squeak stopped for a few minutes. Abdul Rahman, who was driving, tried unsuccessfully to figure out the problem. We all sat in the path until a mechanic from the village came on his motorcycle and fixed our car. The rest of the journey was filled with my youngest cousin Baiqra's laughter as he told us jokes—half of which we couldn't understand due to his nonstop giggling. We all laughed, and the time passed quickly. He successfully distracted us from the heat and the discomfort of our harsh memories.

The young girls soon felt more comfortable, and other women in the room joined them. Different women sang different quatrains as verses for the popular songs were repeated in unison. I moved quickly from one part of the room to the other in order to record all the voices and quatrains, but women from every side of the spacious room sang in no particular order, and I wasn't able to record all the songs.

The music stopped and the women covered their faces

Many noises interrupted these songs. Once, the husband of the hostess entered the room to ask for tea for some male guests who had arrived. The music stopped, and most of the women covered their faces. Crying children also played their role in disturbing the voices. Sometimes the women would stop to discuss a certain couplet and ask each other whether it was appropriate to be recorded. They were most worried about semi-political or political quatrains. Occasionally they would ask me to clear a song because it was about a former war leader. Some songs were about how a certain commander or government officer had unfairly treated the people.

May there be no wars

One of the sentences I heard most often was khuda ber worosh qilmasa, which means, "May there be no more wars." Many quatrains told of women's experiences during the wars. One of the women sang a quatrain about her young son who was killed in a battle in Kunduz. Young girls sang about schools and their desire to attend classes. Married women sang mostly about their husbands, children, and the oppression they faced in their husbands' houses. Women listened to each other and nodded at the familiarity of the stories they heard through the songs. Sometimes, looking around, I would realize that I wasn't the only one crying.

The memories of war in these songs must never be forgotten

After four hours of listening to and recording music, I was told to get ready to leave because we had to be back home before sunset. The city became less secure at night, when the Taliban took over parts of it. I promised to return to the village, and after hugs and kisses from everyone we left the house. I spent most of the journey talking to my aunt about the content of the music, and I asked her the meaning of some of the Uzbeki words I hadn't understood from the songs. The sorrowful history and astounding culture hidden in the simple quatrains and disyllabic words that I had heard during the day occupied my mind as I formulated a plan for the next day.

I rested my head on the car window with the bright hope that more people would listen to this oral history; that the testimony of the harsh lives of women and the painful memories of war in these songs would not be forgotten and stolen by the greedy hands of death and extinction.

When we arrived in the city, the sun was slowly hiding behind the fading mountains.