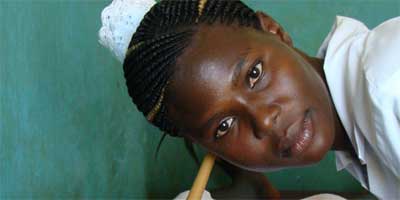 A petition backed by over 50 NGOs and charging Uganda's government with failing to prevent the deaths of expectant mothers was thrown out by the constitutional court on 5 June, but the petition’s supporters plan to appeal.

The constitutional court argued that upholding the petition, which urges the government to boost health services, would have forced judges to wade into a political issue that was outside their jurisdiction.

However, the petitioners said the court relied on outdated international law in making its decision and overlooked its constitutional obligation to protect Uganda’s mothers.

The petition, which centred around the deaths of two mothers (Sylvia Nalubowa in central Uganda and Jennifer Anguko in the north), got nationwide media coverage when it was filed in March 2011.

It said the women's deaths could have been prevented if the health centres where they died had had "basic indispensable health maternal commodities" and if health workers at the facilities had not neglected the two women.

In throwing out the case, the justices suggested the petitioners seek an order from the high court compelling a public officer, such as a government health worker, to carry out his or her duties, or to request compensation for individual deaths from the government.

On 14 June the petitioners filed a notice informing the Supreme Court and the Attorney General's office of their plan to appeal against the constitutional court decision; they have 50 days to finalize and file the appeal.

Moses Mulumba is the executive director of the Centre for Health, Human Rights & Development (CEHURD) - the group that originally pushed the petition forward. He said the court's decision not to wade into a “political question” was based on antiquated law and failed to address the fact that women were being denied rights guaranteed under Uganda's constitution.

"I think it was very wrong for the judiciary to rely on very old United States jurisprudence to inform their decisions on clear violations of human rights," he said. The courts should focus on upholding the constitution, he said, instead of "hid[ing] under old political doctrines."

In a country where statistics show that 16 women die every day from childbirth complications, the activists generally charged the government with perpetuating a maternal death rate that is "unacceptably high". Ultimately, they are looking for the government to invest more in the country’s health system, to improve care and make sure critical resources are always available.

Valente Inziku, Anguko's husband and one of the petitioners, said he watched his wife bleed to death as he tried to get nurses at the hospital to attend to her. "When she started bleeding seriously, the only the thing [the staff] did was they came and they told me… to clean the blood," he said.

"People are disappointed, but we are not stopping there," said Sylveria Alwoch, of the Uganda National Health Consumers Organization, one of the groups that supported the petition. "We are encouraging people to always report those cases. They shouldn't be demotivated… They should still have that courage, that vigilance to speak out and bring out those issues."

Win or lose, CEHURD's Mulumba said the petition had raised awareness of the country's ongoing maternal deaths and helped rally people around the cause.