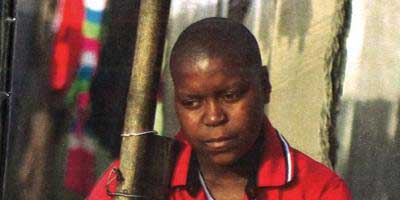 Football is the worlds’ game. It is a source of joy, passion and heartbreak for millions of people. Whether players, supporters or coaches, there are so many invested in this sport at every level. Until the late 20th century, football had been regarded as a man’s sport.

FIFA Women’s World Cup was inaugurated in 1991 with little fanfare nor was it televised.

Local, grassroot football clubs have permitted women to play for decades in developing nations. These footballers have played on beaches, in parks, on concrete and for the most part without much attention or recognition. If clubs have been reluctant to invest in women’s football it is because of society’s perception that football / soccer is a man’s game.

This no way implies they have had less talent but much less access to training, equipment and of course financial backing. They have overcome cultural and religious stigma. Fought against ideas of how proper women should behave in their cultural context.

Female footballers have been inspiring women and girls in communities all over the world.

Women’s football has been reaching heights of popularity and a global following that is unprecedented in women’s sport.

The recent London Olympic Games saw an incredible following as the women’s tournament was one of the most viewed finals. This level of excitement is women’s sport is phenomenal and most welcome.

This well-deserved attention to women’s football is most welcome. Football is not only a sport accessible for professional level players. It is a release and a passion for women and girls worldwide; appropriately named “The World’s Game”.

Recently one of the most troubling phenomenons of violence and hatred has reached the women’s football community of South Africa.

On November 9th, Sihle Sijoki, a female football player with a the local Winnie’s women’s football, was out with two friends and attacked. The skilled 19-year old was speared in the chest and succumbed to her injuries.

Sihle was attacked because she was a lesbian. She and other footballers were senselessly murdered, and victims before her were victims of “corrective rape”.

“Corrective rape” has been used by men and gangs attacking women and using sexualized violence to correct women they perceive as gay to teach them how to be a “woman”. The offence is horrific and brutal. It is a violation of their emotional, mental and physical well-being. This act of hatred is rooted in prejudice rooted in class, gender, race and class.

Related Article: Corrective Rape: the Horror in Our Townships

Women footballers have been attacked regardless of their sexual orientation.

Many of the victims are footballers in clubs in South Africa. Unfortunately, there has become a misinformed and draconian link between playing sports and homosexuality.

The idea that women and girls may be out playing a physical sport and keeping active renders the conclusion that they must be “dykes” and therefore they must be “corrected”.

Their association with sport renders them to be possible victims. It is a terrifying reality.

NGOs and clubs mandate that football is genderless and sport is for everyone regardless of sexual orientation. It is to be inclusive and non-judgemental.These athletes must fight for safety and right to play.

Black lesbian footballers not only have to fight against stereotypes in order to engage in football and but must face stigma and danger.

The concept of “corrective rape” is brutal and unfathomable. It is a fear that these athletes must live with.

Since 2009, an organization called Luleki Sizwe had been established due to a rise in cases of sexualized violence against gay women. Luleki Sizwe has been assisting and supporting young women survivors of “corrective rape” and gay, bisexual and transgendered women. Tragically, Sihle was working with Luleki Sizwe when she was murdered.

Many organizations such as girls&football sa have been campaigning to promote education and awareness of girls’ rights and freedom to play football.

The award-winning Girls & Football SA focuses on the development of girls and women through sport, media and education. In this short video, the role of football in creating a safe space for girls and women in South Africa is explored, with a specific focus on the prevalence of 'corrective' rape in the country.

“Corrective rape” is creating an association of danger and hatred with football, It is developing an insecurity among girls and their families who are genuinely interested in participating in women’s sport. Particularly for those athletes who may be gay and feel more threatened. In their training uniforms or kits, they are quickly targeted.

This is a huge setback for many agencies and organizations relying on involvement in sport to reduce differences and discrimination through an interest in football.

Women’s Football, in its essence, is supposed to be about uniting women and competing for the love of the game.

It is also potentially creating a rift between gay and straight players- undoing much of the tireless efforts of girls empowerment projects in the area.

NGOs such as girls&football sa are working hard to educate and remind their players, who may feel endangered by fellow lesbian players, that discrimination and hatred will not be tolerated.

A sport that is meant to unite women and girls can not be used to threaten their well being. Such is the case with “corrective rape”. It is discouraging and intimidating for girls to join a league or club when they may be labelled a “lesbian” or openly identified as one and may be harmed. It is a psychologically and emotionally draining choice. Football or life?

For gay footballers, their choice to be open is courageous. To play football as well, marking them, is brave beyond comprehension.

The level of hostility they face is frightening. As an athlete, to be able to perform physically yet be aware of dangerous conditions.

There are campaigns in the global football family regarding combating homophobia.

These campaigns are focused on male athletes. The issues of class, race and gender play much into this. Male athletes in Europeans nations struggling with identity and acceptance are not potential victims of “corrective rape” and murder.

Although the initiative is much needed in Europe in professional and grassroots levels, currently the issues of hatred and violence that black, female footballers are faced with are not being recognized on such a scale.

Intersecting at the crisis level are sexualized violence, homophobia and gender inequality.

These issues compounded with illiteracy and poverty may be insurmountable. But the resilience and determination of women to improve the safety and equality of communities and futures is inspiring and needs full support.

Education and violence eradication campaigns are a must in communities rife with hate.

The only way to promote tolerance and inclusion is to continue to think the lines of perceived differences and focus on the important things: such as humanity, respect for all and football.