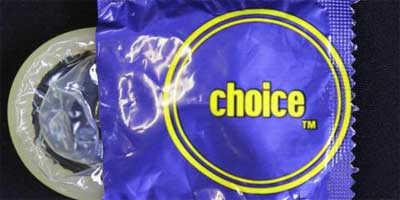 Some condoms burst. Others leaked like sieves. South Africa's leading anti-AIDS group said Tuesday that allegedly faulty condoms are among more than 1.35 million handed out at the African National Congress' 100th birthday party.

Health officials confirmed that all of those condoms have been ordered to be recalled. But the Treatment Action Campaign said no warning has been issued to people that they may have carried away defective condoms that could now cause them to unsuspectingly spread or contract HIV. South Africa has the world's highest number of AIDS patients, some 5.6 million.

The third recall in less than five years raises questions about the quality of some of the 425 million-plus condoms that the government gives away each year, and the competence of the South African Bureau of Standards that is supposed to ensure their quality is up to international standards.

AIDS activist Sello Mokhalipi of the Treatment Action Campaign said he complained to the health department after "we had people flocking in, coming to report that the condoms had burst while they were having sex."

Some were panicking because they were infected with AIDS and were concerned for their partners, he said.

Spokesman Jabu Mbalula of the Free State provincial health department, which distributed the condoms before the Jan. 6-8 celebrations, said they had recalled the entire batch of 1.35 million condoms around Jan. 18. He said there was no need for a panic.

But he was unable to say how many of the condoms were used or have been recovered.

In 2007, the government recalled more than 20 million defective condoms manufactured locally but recovered only 12 million. The Health Ministry said many of the condoms failed the air burst test.

That came after a recall the same year of 5 million defective and locally produced condoms. In that case, the Ministry of Health said a testing manager at the South African Bureau of Standards had taken a bribe to certify the faulty contraceptives.

AIDS activist Mokhalipi said the latest recall was limited to health workers going to the Bloemfontein hotels, guesthouses and bars where they had deposited the condoms and reclaiming any that remained.

He complained that the health department had not issued countrywide warnings to alert people not to use condoms distributed during the celebrations that drew tens of thousands of people.

"People came from all over and probably took many away with them, so those condoms are now all over the country. Those who had used condoms that allegedly had burst should be told to get post-exposure tests and treatment,

We want the department to go out and tell people about these faulty condoms," Mokhalipi said. "How can they say people should not panic if there are still clearly people out there in possession of these condoms."

The scandal comes just a week after the Journal of the Royal Society Interface published a new study indicating increased condom use accounted for the vast majority of the decline in HIV infections in South Africa between 2000 and 2008. Epidemiologist Leigh F. Johnson and colleagues at the University of Cape Town found that increased condom use accounted for more than 70 percent of the decline.

Mokhalipi said people started coming with complaints about the condoms on Jan. 11 — three days after the celebrations ended — prompting his office to run some tests.

"We poured water into the condoms and they were leaking, not just in one place, they were leaking like a sieve," he said. Looking at them, "you can see there are small pores" like pinpricks.

He said the health department had distributed a new batch of condoms last week, which did not leak under the water test.

Mbalula said his department recalled the contraceptives to conduct scientific tests. He did not know when results would be available.

An organization that has a lot of experience with condoms, the Sex Workers Education and Advocacy Taskforce, said many of the 10,000 to 15,000 prostitutes they work with often complain about the free government condoms. The Taskforce said they instead use a brand provided by an international charity.

"The CHOICE condoms that the government is distributing are very unsatisfactory and we have a lot of complaints about condoms breaking," said Maria Stacey, SWEAT's outreach and development manager.

South Africa's government sources its condoms from several companies and rebrands them with its colorful CHOICE packaging, in bright blue, red, yellow and green.

Mbalula noted that all the condoms distributed in Bloemfontein were stamped to indicate that they were in batches that had been quality tested by the Bureau of Standards. Bureau spokeswoman Verna Schutte would only confirm that they were investigating the condoms.

Neither she nor the health spokesman could say which country or company had manufactured the condoms.