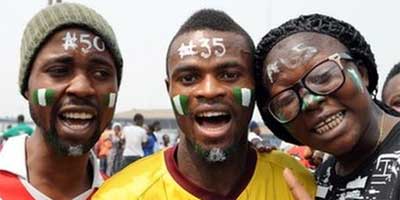 The strikes that forced Nigeria's government to restore some of the withdrawn fuel subsidy have been described as "Nigeria's Harmattan".

They did not last as long as the Arab Spring - but Africa's most populous country and biggest oil producer will never be the same again.

Nigerians have long decried their leadership but now young, well-educated groups have organised themselves on social networking sites such as Twitter - using #OccupyNigeria - to force President Goodluck Jonathan to back down.

The seasons might have shifted, but it will take at least a generation for the dust to settle.

For the first time, Nigerian leaders are being held to account, and many seasoned Nigeria-watchers would never have expected it in this way.

They would have put money on a Swiss banker suffering an attack of conscience and returning some stolen loot before predicting people power in Nigeria.

After all, Nigerians are not supposed to do sustained civil disobedience. These preconceived notions no longer hold true.

While battle-hardened union comrades have settled with the government, there are still many dissatisfied young people.

This was their movement.

While the unions were prepared to accept a compromise of 97 naira (about $0.60; £0.40) per litre, young people wanted much more.

A rallying cry around the removal of the fuel subsidy suddenly became a demand for accountability from government and for lawmakers to curb their excesses.

And as Nigerians return to work, it won't be business as usual.

The key point of any "revolution" isn't how long it lasts, or how many people take part, but what the results are.

When you have a former top World Bank official and minister of finance begging the Nigerian people for their trust, you know times have changed. And when the man voted Central Bank Governor of 2010 appears humbled and contrite, it is time to sit up and take notice.

So what have the protests achieved?

Fear is dead. Unity is possible. Engagement is inevitable.

Protesters gathering in such numbers is unheard of Nigeria. Rarely has there been anything as unifying as the fuel subsidy protests. From Kano in the north to Lagos in the south, Nigerians had one cause.

Sure, the presence of soldiers on the streets intimidated people, and cut short the protest on Monday. However, the reaction was more one of anger than of cowardice.

The people had their victory last week when thousands of people demonstrated every day. Anything after that was always going to be a bonus.

Against the backdrop of attacks by the Islamist group Boko Haram in the north and pockets of reprisal attacks in the south, this was a precarious time for Nigerians to take to the streets.

But during protests, Christians formed symbolic shields around Muslims as they prayed. In Kano, Muslims visited churches on Sunday as a sign of solidarity.

These were not the actions of a nation at peril, but of a disparate people clinging together, refusing to be divided.

The head of the central bank, Sanusi Lamido Sanusi, and Finance Minister Ngozi Okonji-Iweala have been forced to explain their actions like none of their predecessors.

They have been present on television, on radio, on Twitter - telling Nigerians why they believed the removal of the subsidy was in the best interests of Nigeria.

Doing right by themselves

This prompted a mushrooming of armchair economists. Of course, we're not all economists, but questioning one's leaders is the sign of a healthy democracy.

The author and economist Jeffrey Sachs got a drubbing on Twitter for supporting the subsidy removal. Global thinkers don't always get short shrift from a now enlightened dark continent.

Websites such as Yourbudgit.com have been created so that anybody can carve up the Nigerian budget to their liking. And youth groups such as Enough is Enough Nigeria Coalition are giving a voice to millions of young Nigerians and helping them to channel their anger.

The young people who have created these tools will not forget these past two weeks, and they'll be watching the government's behaviour closely.

Satire is now part and parcel of the political discourse, alongside impromptu music videos from Nigeria's favourite artists crying the tears of a nation.

"I was there when we defied the government", is what this generation of young Nigerians will be able to tell their children and grandchildren.

And any government wishing to enact policies that cause difficulty for its citizens will have advisers whispering: Remember 1 January, 2012.