Nigerians Wake to Find Military Guns & Tanks on the Streets 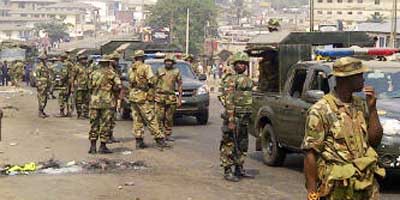 Update by Adepeju Mabadeje, Lagos
Nigerian Lawyer and advocate for the rights of women and children 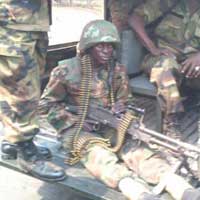 For a government which has been unable to curb the horrendous spread of Boko Haram killings, priorities clearly appear to have been misplaced.

In the President’s first speech to the nation since the beginning of the strike in Nigeria which has crippled economic activities for more than six days now, the President unilaterally reduced the pump price of petrol from 141 naira to 97 naira. To the majority of Nigerians, this is unacceptable and understandably so. 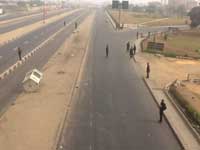 Bedevilled with corruption for years now, Nigerians seek to make their leaders more accountable. Is that too much to ask for?

As a palliative measure to make the increase in pump price more acceptable to Nigerians, the President made provisions for 1,100 buses to aid mass transit movement as the cost of transportation has more than doubled.

The reasonable question to ask now is how 1,100 buses can serve as palliative measures in a country of over 160 million people. Did I hear you say outrageous after doing the maths? 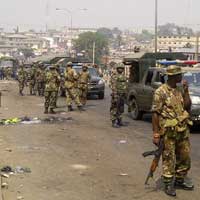 This style exhibited by President Goodluck Jonathan seems to awaken in many Nigerians the terrible and hopeless feeling that accompanied the dark days of the military ruler, General Sani Abacha.

Just in case the President of Nigeria or any of his cronies read this, let me calmly remind them that ‘democracy’ as we claim to be practicing in Nigeria is ‘the government of the people by the people and for the people’.

Mr. President, be reminded that you are not a master but a servant leader. Sovereignty belongs to the people; you can try to steal it, kidnap it or even kill it but ultimately, it returns to the people, ask Ghadaffi...

Nigerian Labour Congress and the Trade Union Congress­­ have called off the strike.

The people feel like an opportunity has been lost and no-one knows what will happen next - everyone is on edge.

The army is concentrated in areas of Nigeria where the protests have been most successful.

Effectively with labour's announcement, work resumes tomorrow...whether people will be off the street and allow for normalcy is another issue...the strike is over but no one knows if the trouble is over...its a hard situation. People are angry.