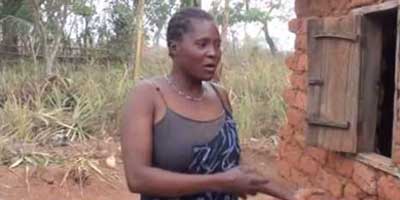 n 1995 and 1998, there was a bloody war between Bali-Kumbat and Bafanji over land - leaving many homes and properties destroyed, hundreds displaced and wounded.

Post-Conflict reconstruction: The Bafanji women tell it all - When it began, the aftermath challenge and how they contributed to the reconstruction and rebuilding of village post-conflict.

In this documentary, the Bafanji women share their experience during that violent moment and how they managed to rebuild the burned homes, thereafter.

In this little documentary piece, my targeted audience ranges from policy markers to activists and government officials and the general public. For these women story need to be told. So that urgent actions (measures) can be taken to ensure that these women (affected victims/family) re-gain their lives back. The children whose education was suspended can continue their education. And most importantly, to pressure the government to make facilities for an early warning system to help prevent forthcoming violent conflict in Bafanji.

"This has been the worst experience in my life" say Ma Juliiete.

"Not something any human should ever wish for", Ma Geraldine said

Since after the war, the women say - it has not been easy for them, especially to meet up with their living expenses and to pay their children fees. It's worth noting that some of the women lost their husbands during the war, while other got injured and became handicapped, coupled with some of the men's old age - the women have now become the sole breadwinner of the family.

I hope this video would serve as a beginning for a common good for the Bafanji people and the women especially.

WFAC Buea works to promote the empowerment of women in creating a caring community cutting across the gender barriers and constraints.