Why don't we hear the voices of African feminism? 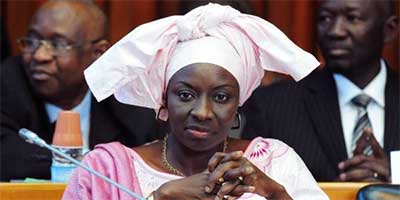 African women are blazing a feminist trail – why don't we hear their voices?

What would have once sounded like a far-fetched feminist fantasy – namely women forming the majority of a parliament – is a reality in one country in the world, Rwanda.

Early reports from the parliamentary elections last Monday indicate that women now hold nearly 64% of the seats. Prior to the genocidal conflict in 1994, the figure was just 18%.

In fact, women have made significant gains all around Africa: indeed, the most successful social movement in Africa in recent decades has been the women's movement, particularly in policy and legislation. Malawi and Liberia have female heads of state, and earlier this month Senegal elected its first female prime minister, Aminata Touré.

Also, the African Union chair is female for the first time in its history. Africa's strong legacy of female leaders is a hugely positive statement about the continent's direction.

So why does the western feminist movement hardly look at African feminism for clues? Why does it only pay such little attention to the realisation of a once utopian fantasy of female majority leadership in Rwanda – where, since 2008, women have held over half the parliamentary seats? Feminists everywhere have spent decades campaigning for equality in political leadership, yet its achievement in Rwanda has been met with a loud silence.

NGOs and international bodies have addressed the changes – not a bad thing per se – but as a result, without feminist debate, gender equality in Rwanda is mostly discussed in terms of the 1994 genocide, which killed an estimated one-tenth of the population (800,000 people), most of them men. Or gender parity is attributed to the country's quota system, which is indeed meaningful, though only responsible for allocating 24 of the 45 seats women hold. Even worse, the debate has, in Eurocentric fashion, all too often implied that women's progress in Rwanda is a result of the adoption of western values and that westerners are "helping" local women achieve them.

But the main reason Rwandan women MPs find themselves in the majority is the country's organised women's movement. Women such as the late feminist champion, Judith Kanakuze, and the organisation she spearheaded, Twese Hamne (Pro-Femmes), ensured through active mobilisation that equality became a top priority in the post-conflict constitution. Female activists made a conscious effort to include women in the rebuilding of the country after the genocide. In other words, what we see is not simply a consequence of the conflict or big-hearted male leaders handing out seats to women. It is a conscious and co-ordinated effort, by women for women.

These are stories that have lessons for women the world over. Yet the western feminist movement has barely understood the significance of Africa's achievements – in comparison to, say, Iceland or Australia, where triumphs of the women's movement are frequent topics of discussion. Not many feminists can readily name an African, let alone a Rwandan counterpart. Where is the strength of the "sisterhood", I wonder?

Western, as well as African, feminism is diverse, naturally. But the western feminist movement is still mostly disengaged from the struggles being fought – and won – by women in other parts of the world. In an increasingly inter-connected world, it should start listening to voices of these women and most importantly, to reject the indifference that cripples the progress of women everywhere.