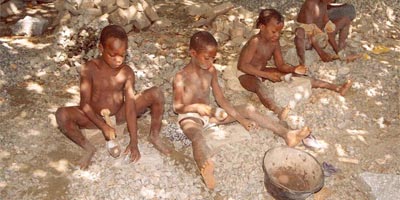 Benin and the Republic of Congo have signed an accord aimed at stemming the trafficking of children between the two countries.

The two states believe some 1,800 children from Benin, mostly aged between 11 and 18, have been trafficked to neighbouring Congo.

“They are forced to work in the retail or fishing sectors or as domestic servants,” said Marianne Flach, the UN Children’s Fund (UNICEF) representative in Congo.

“This agreement is a timely intervention to prevent children being victims of commercial and domestic abuse,” she added.

The accord was signed on 20 September by the two countries’ ministers of social affairs, in Congo’s economic capital, Pointe Noire, where there is a large Beninois community.

“These children are deprived of sleep. If they make the slightest mistake in the home, they can go days without being fed. The children are treated like slaves,”

A similar deal is envisaged between Congo and the Democratic Republic of Congo.

Children frequently cross the river separating the two countries in search of a better life.