Why They Rape: Former DRC Child Soldier Speaks Out 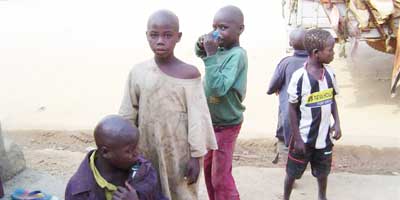 DRC: Children born of conflict rape often end up on the street, where they become vulnerable targets of war lords and traffickers. Photo: Mugisho Theophile, COFAPRI

It is essential to try to understand the reasons why fighters rape women and girls.

Shortly afterwards, she met one of her old friends in Buvaku. In their exchange regarding COFAPRI's work, the friend told Bahati that she knows someone who used to be a child soldier; a member of the Mai Mai. Bahati made arrangements with her friend to meet the former child soldier.

The Mai Mai is a fighters’ movement that claimed to fight for DRC national integrity, and to resist the Interahamwe. The Interahamwe militia (Hutu paramilitary organisation) are the people who committed the 1994 Genocide in Rwanda; they took refuge in the DRC forests when they fled from the Rwandan Patriotic Front, the rebel movement in Rwanda that had originally come from Uganda.

The boy was very open and friendly but refused to tell his name or for any photos to be taken.

Bahati asked him to clarify whether he had ever raped even one girl. He smiled while scratching his face, and asked her to continue with the conversation, adding that issues of rape were past. He insisted that very few of his former comrades used to rape.

However, he claimed to know the reasons why fighters rape children and women, young and old alike.

The former child soldier explained the motivations of his comrades who had been raping women and girls: