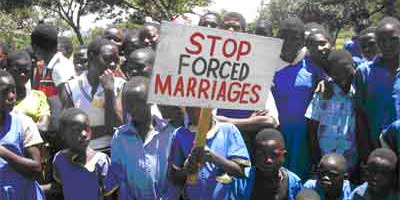 "You know, poverty breaks my heart; I have a passion to make a difference –  not through giving out handouts, but through transformation development, participatory development, and capacity-building." January Mvula, Executive Director of SURCOD, Malawi.

Chididi is a small mountain community in the south of Malawi. The beauty of the area, however,  is marred by poverty.

Most of the population are subsistence farmers, and many of the women have no paid work. Some are widows with extended families and some are living positively with HIV.

Gender-based violence is common because of cultural traditions. Upon marriage a wife traditionally leaves her home and roots to join the husband's family.

There, as throughout the area, women are regarded as powerless.

Sustainable Rural Community Development Organisation (SURCOD) is a grassroots NGO operating in Nsanje and Chikhwawa Districts in the south of Malawi. SURCOD works to empower the women of Chididi through a savings scheme project, works with local traditional leaders to raise the status of women and help change ingrained cultural attitudes, and also advocates against forced marriage and child labour, in collaboration with local schools and other NGOs.

Jennifer Timmons talked with January Watchman Mvula, Executive Director of SURCOD about his work to empower the women of Chididi, or  in his words: “ to let women be free and smile”.

Tell me about women's daily lives in Malawi. For example, what is the typical family structure?

January Watchman Mvula, founder of SURCODIn Malawi,  the husband is the king and is the controller of everything in the family.

In the past, before gender issues were discussed, the husband had all the authority pertaining to family affairs –  and most of the husbands were treating the wives like animals. But with the coming in of gender issues being discussed publicly,  the situation is changing, even though there are some people who are not yet updated, as they are strongly rooted in their traditional mindset; however, there is a good transformation on this matter.

There is also a penal code in the country which protects the welfare of the women and girls. So, generally there is a transformation. But a woman always has multiple roles in Malawi; most Malawian husbands believe that cooking and water fetching are the roles related to women. As a result, women have many roles to perform, compared to the men.

SURCOD is concerned with these multiple roles of the women, and our job is to sensitise the men to understand that its just a matter of perception that we as men think that some tasks are for the women –  but we can perfom any other duties to relieve our partners from the multiple roles.

Do women have access to medical care and contraception?

Yes. In some areas, Malawi has a system of free health, but the problems are the distance from one's home to the hospital, and the lack of medicines in the hospital due to economic hardship in Malawi.

In some cases, the woman is walking 20-25 kilometres to access the health facility. This is a common problem in most of the areas; because of these distances, the women may choose to go or not.

It is promoted by some cultures, as when the girl reaches puberty, they determine her to be an adult, whether she has reached puberty at 11, 12, 16, or 18.  This is another challenge for us, as an organization, because as SURCOD, we promote the education of the girls.

In some cultures they even force the girl child to get married for the parents to get a bride price. We are very keen to get the funding needed to advocate against this practice.

Does gender impact on access to education and educational attainment?

Why is the Sewing Skills project and other projects aimed specifically at women?  How do men in the community respond to these projects and their aims/objectives?

Sewing Skills Committee and VolunteersThe project is not only aimed at the women, but it is targeting the whole family.

What we did was to establish who is the convenient person to target in the family so that the benefits of the skill should trickle to all family members. At first, we were thinking of men –  and then we discovered that the man is not always with the family; he can have the skill and then decide to marry another wife, which means that family we targeted will not benefit anything. So then we switched on to the woman and we discovered that she has multiple roles and she is always with the family throughout their lives together –  whether during problems or during happiness.

This analysis was done by the community themselves, and the men were there – they were the people who discovered this, so then why should they not support the project when they are the people who spoke about it.

The men are very happy and they said that it has reduced over-dependency of the women on them.

SURCOD's goals and objectives include the  phrases “saving spirit” and “safe motherhood”; can you explain further?

“Saving spirit” refers to building the capacity of the rural people in saving their resources especially money.

The saving culture has been existing for so long in Africa;  in Malawi, specifically, people were used to storing their monies as well as their valuables in secret – e.g. by having a pot where they put their valuables and have a secret place in their homes. Some were even storing their valuables in the bush, and as the result, when they died, their survivors lost everything because the riches were not handed over to somebody.

At SURCOD, we are sensitizing the communities to use the existing systems, such village savings and loan associations within their villages, banks, and any other formal way of saving.

Our aim is that they should accumulate wealth for the well-being of their families. There are other people who don't even bother to save any because they have a belief that what they are getting is so little – that they are not wealthy so they cannot save; but we are lobbying these people to start saving from what little they have in groups. It is our belief that if people follow this it can be the beginning of the journey to end Malawi's poverty as well as family poverty.

On “safe motherhood”: we are advocating for zero deaths to pregnancy- related complications. Malawi is rated high on death pertaining to maternal health.

SURCOD's stand is that these deaths are preventable. If we equip people with knowledge and advocate for political will through allocating enough resources, provision of ambulances, and provision of all medications and the necessary materials, we can manage to reduce the death rate to zero.

We are in partnership with the Birthing Kit Foundation of Australia, who have already sent us 200 birthing kits as a pilot project on this. Our stand is “no”  to maternal death.

Understanding What the Community Needs

What are your personal motivations for being involved in the project?  What do you enjoy about the work you do? Is there anything that frustrates you?

Learning about Human RightsMy motivation is to reach out, touch a life, and make a difference.

You know, poverty breaks my heart; I have a passion to make a difference –  not through giving out handouts, but through transformation development, participatory development, and capacity-building.

I believe that the local community members are  in a better position to know their development needs rather than myself. It's quite enjoyable working in the community –  eating with them and doing everything with them; I really enjoy it, I tell you.

Frustrations are always there, but I don’t capitalize on them –  I just take them as my learning points and lessons. You can imagine implementing a project without a learning point, is it true? A good project needs to have challenges to get  me thinking that I enjoy meeting the frustrations.

Women Should be Leaders

Can you share any stories of inspiration and achievement from the women you work with?

There are just so many stories!

Some are on the Safe World website, but my main inspiration is that every woman is able to see that women are able to claim their rights, are able to have money through the saving concept – and that these women are ready to learn a skill of some kind which would keep them, as well as their families, happy.

So my achievement is to let women be free and smile.

Its not just a matter of this, but women should also aspire to be a leaders.

I congratulate Malawi to be in the second position in Africa on this: we have our woman, Joice Banda a President. This is a plus to me, because a woman will be able to see on her own and then make some calculations on her own – and in the end she will have a very right answer [for herself].