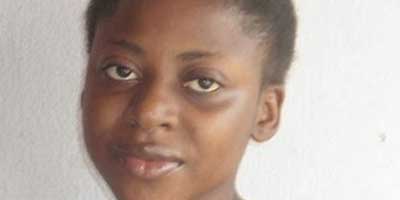 Our Society Tortures Every Widow

If you have anything to offer a widow to wipe her tears and lighten her pain, never give it to her in the presence of her in-laws, in the presence of society. Help her where and when no one sees. All that is offered to her in people’s presence can be snatched in the blink of an eye.

Another Manifestation of Patriarchy

Widow torture is another way in which patriarchy manifests itself. When you ask Cameroonians to tell you about the treatment of widows and widowers, the information you get about how a widower is treated after the loss of their wife is that they were consoled and much attention was not paid on what they do and firm cultural traditions are hardly forced on them concerning how they should function for a certain length of time or for the rest of their existence.

Ask about the treatment of widows; the story shall begin.

In this culture, it is difficult to find greedy family members of the husband who will not be pleased to have their “wealthy” relative brother die first so that they could jump in frighten the wife, force her to marry, or try to assassinate her so that they could own what they say is their brother’s – whether the wife bought or owns everything in the house. When the man dies, everything becomes property of the man, her husband. His wife owns nothing and is left in the wind. If they have successful grown-up children, then good, because they will help their mother.

For some reason a wife is hardly good enough but a husband is always perfect, especially when he has some heavy spinning cash.

This is no pleasant situation to be in and pray nothing like this happens to you. When a woman’s husband dies, the first thing that happens is the woman is responsible for her husband’s death directly or indirectly. Well, most people will choose to say a widow is directly responsible for her husband’s death – either poisoning them or meeting a witch doctor and casting some magic spell for the man to never see the dawn of day again.

They could indirectly accuse the woman by coming up with stories of how nagging the woman was – so controlling, psychologically and emotionally tormenting the man till the point that the husband could not bear it and suffered a stroke or a heart attack, which has ended up taking their” brother’s” life while statistics show otherwise; the man was a drunk, womanizer, emotionally and physically abusive to his wife, controlling, never really cared about the happiness of his family.

It is easier for people to claim that since she killed their brother, she deserves nothing out of the marriage even if everything in that marriage  belongs to her.

No Happiness, Freedom, or Respect

Society has made it extremely difficult for widows to feel happy and free in life.

If a widow wants to die a sudden death from too much bad talk from people about why she is doing things the way that makes her happy, or subsides the pain of her loss, or makes her able to deal with the passing of her significant other and cope with life, just one thing: let her look happy on the outside and try to carry on with life.

It seems like society wants that after the death of a woman’s husband: the best thing for her will be to die, too. People will have no respect for her. We all know how society refuses to respect any woman who does not have a man tied by her side.

It becomes a different story when you find a new man with the death of your husband.

I was involved in a discussion of about 10 people where after a widow talked of having to kick out a man she cared for, out of her house and her life, a man who cared for her and her children because it is uncouth for a woman to date another man or marry another man and live in a house once shared by her and her late husband.

Everybody found it ok because she is a woman.

This simply does not make any sense. It is her house as much as it was her late husband’s, but now that he is dead, she should have the freedom to be happy again with whoever makes her happy. The  couple should stay where they deem it better for their new family.

Why hang onto things like these that do not make sense or make us grow as a country?

Now let us talk about tradition. I like to call it biased, barbaric. and uncultured tradition. Not only have I experienced the societal and tribal maltreatment of widows, I have also carried out some findings from different tribes’ members who have confirmed the discriminatory and soullessness of their cultures and traditions when it comes to the treatment of widows.

Ms Zoneziwoh Mbondgulo Wondieh ; a daughter from Ndop found in the North West Region of Cameroon, explains some of their biased widow torture traditions.

“Ndop has 13 clans. For widowers, I doubt if they go through any torture compared to widows. Inasmuch as it is so difficult to speak of all as I don't have a good knowledge about these traditional practices in all these clans.

But what I know for sure is that widows are discriminated against. They are expected to mourn naked for a month, dressed in black.....shave their hair bald...and undergo many horrendous rites and rituals.”

The case with the Nkwen tradition where my mom comes from is hardly different. From the time the man dies, the woman is forced to sit on the ground near a fire place and is not allowed to do any other activity. She has to forcefully mourn for a year, shave her hair bald and wear a black dress everyday for one year.

The Nkwen fon’s* (tribal leader's) case involves so many wives. From the day the fon’s death is announced the Queen mothers are locked in a certain room in the palace and certain traditional rites and rituals are performed on them. They are left topless with a tiny uncomfortable skirt called Awondo. They are kept in the room for three days where they do not dare eat to their satisfaction. Sometimes when food is sent to the widows it is eaten by the guards. They do no activity for one month until the fon is buried.

They mourn wearing black for one year.

Let us talk about the Bayangi tradition, a village where FGM is still being secretly practiced as I was told.

From the moment the husband of a Bayangian dies, she is isolated to one corner of the house, on the ground, no hand shakes. She is not involved in any activity until her husband is buried. After burial, the woman has to cook a certain expensive traditional meal and feed everyone in her neighborhood in the village. Also, certain rites and rituals must be performed in order to let her do any activity.

Some of the rites and rituals include crawling on your buttocks for a certain distance with half bucket of ash thrown on your body – specifically the case of Ijagam tribe in mamfe, narrating to me to tell me some cases are worse than others. The widow is asked to go to the market and sell with her bald head. It is this money that will be used to take care of herself and pay for her trip back home if she does not live in the village.

It also involves the widows being financially and sexually exploited. The belief is that if the widow does not comply with the demands of their biased traditions, she will not succeed with any of her future plans and she will live a miserable life.

So in order to avoid being cursed or attacked with witchcraft the widow has to do whatever is asked of her no matter how cruel it might be.

Why is Mourning Forced on Women?

I mean, is mourning not supposed to come from the heart?

Why is it forced on these women? Why are they forced and threatened to wear either black or white cloths for one year and shave their head bald?

It is a lot of expenditure, sewing or buying certain dresses to wear for  a year when you have children to take care of. Everyone I spoke with narrated almost the same struggle widows go through and say mourning is often not forced on widowers.

Even if they do not respect tradition, it is never taken seriously. Everyone deserves to be treated with respect. Why always teach men that they can do what ever they want and get away with it?

Of course, this enforces their feeling of superiority which affects women the most.