Nigeria: Generation of Abuse: An End in Sight 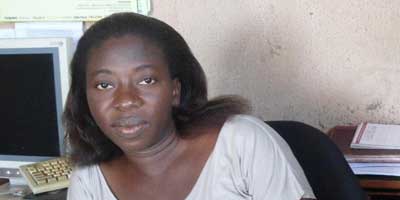 It is my decision to name myself Olutosin 3, it is not out of sheer ignorance or lack of deep thinking, it is because I could see the generational abuse rearing its ugly head in my life.

My grandmother was a strong woman, she decided to become strong after much abuse; my mother was not left out and when it was my turn, I made up my mind that I must be the end to this generational abuse.

My grandmother was married to three men; not out of her own volition, but - each time, she was inherited after the death of her husband. She was first married when she was 14 years old, to a very old man. She delivered a son and the old man died. She was then inherited by his brother. After two more children, the second old man died. At the age of 25, she had 3 children and was warming up for the third brother.

History had it that she refused, but her parents were imprisoned until she succumbed and she finally married my grandfather and her parents were released. She had four more children for the man who detained her parents.
She died untimely death after the seventh child.

My mother’s story was a bit different. What I witnessed was at the funeral of my father when I was barely 5 years old. Our chairs were thrown out of the venue and our sympathizers were dispersed unceremoniously. My mother had only daughters for my father. The last time I visited my I visited my father’s house after that unfateful experience was a week before my wedding.

I left his house when I was 4 years old, and went back at the age of 28 years. Nobdy cared about us except my mother and her siblings.

My mother insisted on education for us, she thought that illiteracy was the cause of her violence.Therefore, I began to study as if my life depended on it.

Lastly, I got married to a Romeo, who according to him; is an African Romeo. An African Romeo means power, whereas an African Juliet means “must Love, Work, Listen and Submit’ - this is not strange, it is as spelt out in the good books and in the stereotypical socialization that we were unfortunately raised in. I accepted my fate until a fateful day that changed the course of history visited my life.

Alas, education has nothing to do with violence against women. My degrees refused to stop any slaps from my husband.
My family background undoubtedly affected my life, my experience with young men made matter worse. I was determined to marry a “gentleman” who would become a friend, a father I never had and a brother too. I worked relentlessly to make my marriage work or no marriage again.

To beat a woman is not strange in my community as long as it is done by the father, husband or an elderly man in the community. A pregnant woman would be caned on her legs, the long broom does the work well and wonderfully, and beaten on the legs does not affect the baby in her womb, every baby is secure in the fluid, aside that every woman cannot out grow beaten in our house, especaiily if she is a “wife”. A wife is the slave of her children.

The fear has nurtured in me - it has blossomed; I was secretly and fearfully waiting for that day, Oh the inevitable day, when my slaps would rain like thunder. As I would have it, my slaps arrived early in my marriage. My first daughter was 28 days old when it began! This must stop, like all my achievements in life; determination has been the single dose. My husband’s first beating landed me in a hospital. It was a terrible midnight beating when other women were enjoying the cozy chest of their husbands.

That fateful day my husband beat me like a forbidden snake and why? I asked him to help with the baby, “please help me to carry this baby so that I could have a few minutes’ deep sleep" - I never knew that a man must not carry a baby.
As the gods of women would have it, I was determined too; this time around to end the marriage. If not, it would end my life!

The drastic decision is due to the fact that I was afraid that Olutosin 3 may inherit the same experiences just exactly like that of the first and second generation Olutosins who suffered untold hardships because they were unfortunate to be women during their time, and there is the fourth Olutosin who is in this world again; she is my daughter; that she may not suffer the same fate.

Suddenly, I became strong after conversations with stronger women; I became a fighter and decided to put an end to swollen face and emergency admission into hospitals, where I would not be able to inform the doctors about the genesis of the swollen face.

Today, I gave birth to daughters only because my womb has been shaped to carry female foetus. If I refuse to be the voice, my daughters would remain voiceless. In my community now, I am blessed with more than 70 girls, who learning from me in our community. These girls will become champions as long as we continue to project our voices.

Long live women, but we will live longer if we are determined to end violence in women’s world.