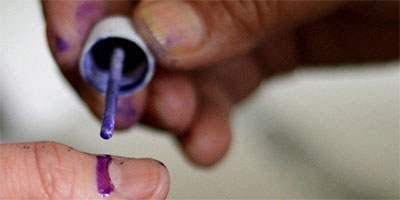 Member of the Alliance for a Safe World, Blue Veins, organised a conference in Peshawar to campaign for the inclusion of women in elections on May 30th. In a recent by-election an estimated 48,000 women were excluded from voting.

Women voters not to be left behind in KP

In a bid to ensure participation and voting rights for women in the Local Bodies (LB) elections scheduled to be held on May 30, a number of political parties in Khyber Pakhtunkhwa assembled at the Peshawar Press Club on Friday and signed an agreement.

The event was organized by Blue Veins, a non-government organisation, in collaboration with Pakhtunkhwa Civil Society Network.

The Commission on the Status of Women stated that there was deep resentment over women being barred from casting votes. They demanded of the election commission to declare null and void the elections on Thursday and announce a fresh schedule for by-elections.

The signing of the agreement has attracted attention from almost all socio-politico circles since only a day ago the poll at Lower Dir saw no women voters. Both the ideological rivals Jamaat-e-Islami (JI) and Awami National Party (ANP), who were the winner and runner up respectively, are accused of barring over 48,000 women from voting last Thursday.

Though there is no written agreement that can be found on the matter, the leaders of both the rival parties as well as their counterparts from other areas have joined hands in barring women from voting all over the Provincial Assembly constituency. The seat fell vacant when Jamaat-e-Islami Chief Siraj Ul Haq occupied a berth in Senate.

Arranged prior to the local government elections in KP, the conference was meant to try to avoid a repetition of what transpired in Lower Dir.

At the end of the daylong conference, Naseem told the media that, “all representatives have signed a written declaration so that they would not undermine the rights to vote for any women. Signing the declaration meant that if a party is caught preventing women from voting they will receive disciplinary action and will be challenged in the Peshawar High Court.”

In a letter to Naseem prior to the conference, human rights activist Tahira Abdullah stated, “It is the responsibility of not just the Election Commission of Pakistan but also the provincial government to ensure this does not happen.”

With regards to the lack of women voters in Lower Dir, she explained, “It is very clear that this was a Jirga decision and an agreement between the contesting parties in Lower Dir, either written on stamp paper or verbal. Both are illegal.”

Abdullah recommended that if the Lower Dir by-election is not considered void for lack of turnout, then the case should be taken to PHC urgently.

The right for adults to vote in elections is considered a fundamental right as issued by the 1948 Universal Declaration of Human Rights and the International Covenant on Civil and Political Rights. Furthermore, Pakistan’s constitution also grants this right regardless of gender. Naseem noted that it was considered a triumph of civil society to see the political parties coming together as one, united on the decision that women in Peshawar should be voting."
© 2008 - 2019 Safe World for Women