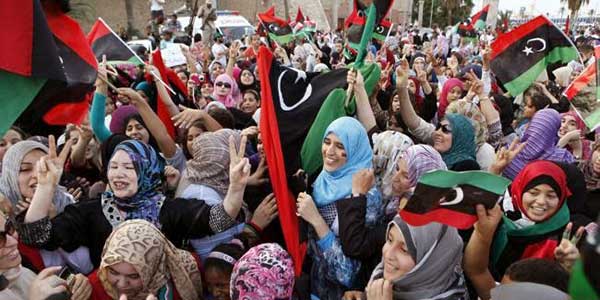 When the Arab Spring began in 2010-2011, it seemed like the conversion from dictatorial governments to democracies was really all that there was to the revolutionary movements. But with time, the impact that these movements and the ensuing civil wars had on gender dynamics soon became cause for concern.

In Libya, there were many horrific reports about how Muammar Gaddhafi ordered that his troops take on supplies of Viagra to engage in rape as a weapon in their war against the rebelling forces. These incidents were reflective of a continuing community status quo that preceded the revolution – where women were subjected to untold horrors in the hands of the Gaddhafi regime. Laila (name changed) shares her story with us.

A simple and normal childhood

My story doesn’t begin with the Arab Spring, actually, but pre-dates it considerably. I was born to a conservative Libyan family in Misrata, where we lived until I was five. It was a simple life, I had a very normal childhood and that was that. When I turned five, my father managed to get a job in the government, so we had to move to the capital city, Tripoli. I was quite excited about the shift – because so many people told us plenty of things about the place, and it was such a dream.

The first few years were magnificent. I went to a school I loved, and I had lots of friends. On many occasions, Muammar Gaddhafi would visit our school. The one time that he did – that remains in my memory for reasons you will soon know - changed my life for the worst. He surveyed many girls in the school campus, peering at us as if we were curios in a museum. By the time school had ended, a list of girls was rounded up. I counted six of us, all in different ages on the teenage spectrum. The next thing we know, we were rounded up and taken away.

A sense of fear

I didn’t know what it was for, but a sense of fear did prevail over me. I was wary of everything, and I didn’t open my mouth to voice my concern to the other girls. Some of them cried, some of them were mumbling away incoherently as they tried to make head or tail of what was happening to us. We were taken into his living quarters – a place called Bab Al Azizia. I didn’t know that this would be my “home” for the next many years.

In the days to come, I would be part of his harem of women – women he would rape and abuse without as much as a care. We were not the only women facing this – sometimes, there would be foreigners – beautiful exotic women who came from all over the world. They would be raped, too, but they would all be given gifts and money and sent back to wherever it was that they came from.

As for us girls – we really had nothing to do except to be there for each other. Some of us would come back nursing wounds and pain like nothing before. We would cry to each other, and find solace in the other’s reassuring embrace, remembering our powerless mothers who had to let this happen in the face of terrible force and threats. We were brutally raped, injured and forced to do terrible things to appease his filthy, lust-filled ways.

On one of the days, I got lucky. I ran away after throwing them off my trail when I offered to help go to the marketplace. I do believe they searched for me – I am not sure what came of it for the ones that were sent out to look for me. Eventually, I lived in hiding, scavenging and becoming unidentifiable. I did not attempt to reach my family – I did know that my father was still with the government and things could turn worse for him if he found me at his doorstep.

In 2011, the revolution began. I gave it my everything - participating in it with all the strength I could possibly muster. I was just in my late teens – the promise of a future without Gaddhafi was a powerful and inspiring dream. At one point, though, I was thrown back into the old life that I lived – men in uniform began to rape and beat me ruthlessly, I was used over and over again, and the violence was destructive to my emotional, mental and of course, physical well-being.

I was crippled by the pain, and I recollect only vaguely: I woke up in different places, each time feeling like someone had hit my head hard. Finally, it all ended – one of the men who aided the rebellion – took me under his care. I do believe, as I am told even today, I put up a fierce resistance. The irony makes me smile even today – I did nothing to protect myself against the carnivorous animals that harmed me all the time, but here I was, the first man who tried to protect me got a horrible dose of my rudeness. He saved me from being abused even further, and kept me in safe quarters. We got married a while after it all settled.

The revolution may have changed a lot in the political landscape for Libya. It is a good thing of course, because the tyranny no longer continues.

But it is still so painful that there are so many of us still in want of Justice. I don’t believe there is any closure until we have that. 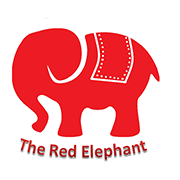