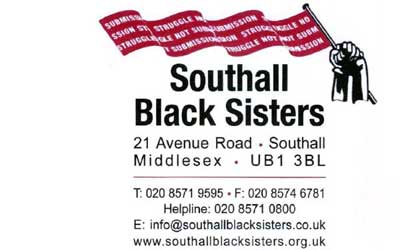 Southall Black Sisters (SBS) and One Law for All welcomes the decision by the Solicitor’s Regulatory Authority (SRA), the regulatory body for solicitors, to remove the Law Society’s controversial practice note1 on drafting ‘Sharia compliant’ wills2 from its ethics guidance on wills. The decision clearly demonstrates that the SRA considers it inappropriate to continue to endorse the note.

The SRA decision comes after threatened legal action on gender equality grounds and represents an important step in our campaign against the Law Society. On 13 March 2014, the Law Society issued a practice note for solicitors on drafting ‘Sharia’ compliant wills. The note, which was drafted with reference to conservative if not fundamentalist Muslim ‘experts’3 but not minority women’s organisations, said:

This appalling institutional endorsement of direct gender and other forms of discrimination has been the subject of threatened legal action against the Law Society itself. We have demanded that the Law Society withdraw its guidance but it has resolutely refused to do so. In an extraordinary show of defiance, in a letter dated 4 June 1014, the Law Society stated that it had no intention of withdrawing the practice note and that ‘no equality and diversity implications’ arose from the note. Since receiving the SRA’s decision we have now written to the Law Society again demanding a reconsideration of their position. We are also taking further legal advice on the question of whether solicitors acting on the practice note might be themselves acting unlawfully.

“I am surprised that the Law Society considers that it did not have to consult with any women’s organisations or organisations working with Muslim women, despite the fact that there are significant disputes surrounding Sharia succession rules and a wide range of interpretations as to how they should apply. The Law Society should reconsider its position and withdraw the practice note now that the SRA has agreed to remove its own reference to it”

“It beggars belief that the Law Society can see no wrong in issuing such blatantly discriminatory and offensive guidance. It shows a racist and callous disregard for minority women’s struggles for equality and Justice in the face of encroaching illiberal religious power. The Law Society should be encouraging and legitimising an equality and human rights and not Sharia compliant legal culture. We urge the Law Society to remove its practice note which is contributing to the disturbing creation of a culture of ‘Sharia compliant’ law and policy in the UK.”

Maryam Namazie from One Law for All said:

“There is no place for Sharia in Britain's legal system just as there is no place for it anywhere. Sharia - like all religious laws - is based on a dogmatic and regressive philosophy and a warped understanding of the concepts of equality and justice. It is not a rule for equals and has no place in a modern state or system of law. The Law Society must immediately withdraw its shameful guidance. “

2. The Reference note said: "If you are acting for clients for whom Sharia succession rules may be relevant you will find the Law Society's practice note on the subject helpful." http://www.sra.org.uk/solicitors/code-of-conduct/guidance/guidance/Guidance-on-the-drafting-and-preparation-of-wills.page