For the Boys: One Man’s Call to Action to Other Men 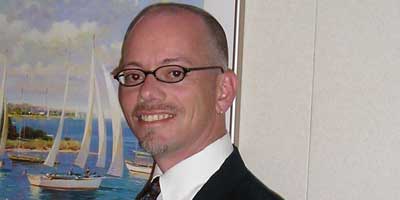 By Craig Packer, founder of Stop the Worldwide War on Girls

Written for International Women's Day, 2014 - 'Women's Empowerment is Progress for All'

One of the enduring memories of my childhood is how hard the people around me worked, both the men and the women. My mother, my grandmothers, my aunts, the other women in our farming community—they understood all too well the meaning of hard work.

Then, a few years ago, I became aware of just how dire the situation is for women and girls our world over. What I learned changed everything about how I see our shared global community and how I approach gender issues. The more I researched and the more I listened to and learned from the global community of women, I realized that the challenges facing women and girls all over the world are connected to larger issues—a systemic set of structures that are designed to prohibit women from achieving full economic, social, political, and cultural equality. We find ourselves falling into the bottomless pit of trying to solve symptoms rather than root causes. And solving symptoms solves nothing.

For me, this journey has fundamentally changed what it means to be a man.

We need to have a serious conversation about gender, and the time for that conversation is dreadfully overdue. We have to look at what happens to girls and women across the entire lifespan. And we have to look at the social and cultural systems and structures that created and perpetuate these inequalities.

Before we engage in that conversation, however, many men (and many women) have some serious introspection to do. We need to ask ourselves some very serious, very dangerous, and very unpleasant questions:

When did we teach boys that they are entitled to whatever they want from girls?

If we did not consciously instill within them such an overdeveloped sense of entitlement, who did?

Where did we fail our sons and daughters in teaching them that girls deserve to be treated better than this?

When did we become agents who perpetuate an inequitable set of rules for boys and girls?

Why is a sexually empowered boy labeled a stud who gets a pat on the back, a wink, and a beer from the men in his life to congratulate him for a sexual conquest?

Why is a girl who refuses to concede to a boy’s sexual demands labeled a prude?

Why is a girl who does what we as males want her to do—either by consent or by force—labeled a slut?

When did cat-calling women in public spaces become acceptable, almost required, practice for us as males?

We need to do a better job of thinking this through and operationalizing a more equitable approach to what we are teaching boys and girls. And if we are going to criticize other cultures about how they treat women and girls, we need to be just as harsh on ourselves for teaching boys that they are entitled to whatever they want—and teaching girls that they are entitled to nothing.

It needs to stop.

We, as men, need to stop. We need to be better, less insecure men, and we must to live up to our responsibility to safeguard the physical security of women and commit ourselves to being part of solution, not part of the problem.

What am I asking my male counterparts to do?

First, I am asking my fellow men and boys to acknowledge and check their privilege. In the vast majority of societies and in our world, males sit at the highest spot on the privilege chain. As males, our privilege gives us power. Privilege makes us feel entitled. We as men were born with the upper hand, but gender equality demands that we give up some of that power. Gender equality demands that we share our power with women.

Second, I am asking my fellow men and boys to hone their skills at practicing the discipline of empathy. Empathy is something we have to learn how to do. We have to learn how to practice it. Take a moment to think long and hard about where the birth lottery put you in this world, and how different your perspective might be if the birth lottery dealt you a different hand. What would your world look like had you been born female?

If we can look at our world with at least a little empathy and check our privilege, we will inevitably become better men—because we will not be able to escape the fact that advancing gender equality is simply the right thing to do.

And that means we will respect a woman’s fundamental right to participate in public spaces without the risk of being physically harmed, emotionally traumatized, or cat-called because such behaviors feed our overdeveloped yet insecure egos.

When we treat women badly, we are shining the spotlight on our own weaknesses.

Men everywhere are finding it increasingly difficult to provide for their families alone. Women bring new talents, skills, perspectives and ways of doing things that could help balance the world of the future in a highly positive way. When girls have an education and when women are empowered to achieve their full potential, not only do they win—but men win, families win, communities win, and whole countries win.

In fact, the global community wins.

Craig Packer is a human rights advocate and Founder of Stop the Worldwide War on Girls.

Stop the Worldwide War on Girls has 25,000 members in nearly 50 countries and is a member of the Alliance for a Safe World.