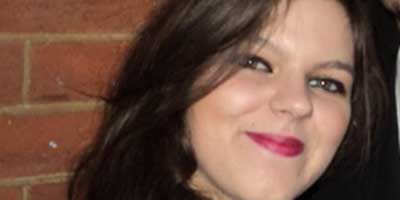 During sixth form I studied politics and sociology, both of which opened my eyes to the injustices that were happening in the world today. Issues of class, race and especially gender were emphasised and we studied extensively about the vast inequalities in Britain today. Sixth form changed my opinions.

I entered sixth form with a narrow-minded notion of feminism and a weak conception of class which I now realise are both crucial concepts of my identity. The more I studied the more I realised that I wanted to fight the injustice that people faced every day that was largely ignored. I worked especially hard, attended debates that expanded my horizons and participated in the National Debating Competition which allowed me to communicate my point across to the audience. Eventually I was accepted to study PPS (politics, psychology and sociology) at the university of Cambridge where I am still studying and hope to graduate from in 2015.

My interest and eagerness on feminism and class dimensions stem from my background. I was born in Italy in a rather dysfunctional working class family. When I was 9 my parents brought me to England where they believed I would have a better future job prospects and a future for a woman. Despite Italy being part of Europe and the West which is supposedly meant to be progressive and liberal, Italy remains pretty behind in terms of women’s equality.

In my family there were almost no women that did not experience a form of violence, whether it was domestic, psychological or sexual, all of them experienced it. Because of this, I believe that it’s important for individuals to debate, discuss and inform people about such issues so we can all work together to eradicate violence against women.

Assignment: Ethical shopping - does it matter?

When I was first given this assignment I read the question twice, because I was largely ignorant of what ethical shopping was, if it mattered and if so, to whom. The more research I did, the more educated I became which led me to understand that ethical shopping matters enormously.

Ethical shopping can have remarkable effects on workers. The International Textile Garment and Leather Workers’ Federation found that Marks & Spencer’s, Next and GAP, amongst others brands buy their merchandise from Asian factories and rely on the exploitation of workers –particularly women who constitute of 76% of the workforce. The 100th anniversary of the Triangle Shirtwaist Factory disaster which killed almost 123 women workers pushed the Institute for Global Labour and Human Rights to legislate, preventing multi-national companies to respect workers’ rights. If multi-national companies fail, women are trapped in unfavourable conditions as alternative jobs are non-existent.

War on Want mentions workers in Bangladeshi sweatshops earn around £25 a month – barely enough for individuals to survive. Workers are forced to work for extensive periods up to 14-16 hours a day, all week leading women to work themselves to death. The factory that collapsed in Dhaka, Bangladesh last year was responsible for the deaths of more than 1,000 people, the majority of which were women.

So yes, ethical shopping matters because it safeguards workers against abuses and protects their rights, but it also benefits them economically. Buying products such as coffee, cocoa and rice from Fairtrade for example means that small-scale workers may benefit from this, particularly women as their work is largely invisible otherwise. According to Sensa Gall women conduct 60-70% of the productive work and constitute 26% of all workers in Fairtrade. Ethical shopping allows this work to be recognised; it allows women to earn a fair wage with which they can make their own decisions, and fulfil their potentials.