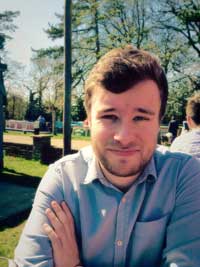 I have recently completed a Legal Practice Course having also recently obtained a Bachelor's degree in History and a Graduate Diploma in Law, with a view to specialising in law relating to domestic violence, family, and other human rights issues.

Studying women’s and gender history have always been a passion of mine that my degree course allowed me to indulge, with my areas of study ranging from the suffrage movement to the extent to which medieval women could assert themselves. However, it was through this study that I first became aware of the atrocities still visited upon women globally.

As a man however, it became apparent to me that many of my friends were not interested in feminist issues or women’s rights and even went so far as to admit to feeling emasculated by the concept and openly opposing many of feminism’s key principles.

It is through writing and increasing awareness that I hope to change the attitudes of men to improving women’s rights and allowing women to achieve full equality. In addition to this, it is through pursuing a career in Human Rights Law that hopefully, I will be able to make an active difference and improve the status of women wherever possible.